Most FSS Operators Experienced A Positive Year in 2014, According To New Euroconsult Report

[Satnews] According to Euroconsult's newly published report, FSS Operators: Benchmarks & Performance Review, 2014 was positive for most FSS operators despite the fact that half of revenue-generating FSS operators experienced a slowdown in revenue growth. 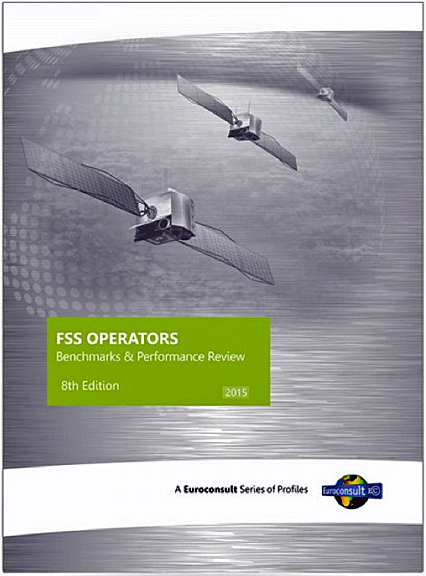 Industry growth was largely offset by the revenue decline  recorded by ten operators including several large companies such as Intelsat, Telesat and JSAT. As a result, total FSS industry revenues nearly stabilized at $12.3 billion in 2014. This trend is expected to continue in 2015 with industry revenues growing by 2 percent at constant exchange rates at the half year mark.

Significant cause for concern in the FSS industry has been recognized in recent months as highlighted by the falling stock valuations of leading operators and the increasingly bearish sentiment on the sector among members of the investment community. "A number of underlying challenges have led to this situation including the risk of oversupply in several regional markets (e.g. Africa) and revenue decline from the MILSATCOM segment following troop withdrawals in Afghanistan and budget sequestration," said Dimitri Buchs, Consultant at Euroconsult and editor of the report. "Whereas telecom applications were previously the main cause for concern, times have also become more challenging for operators in the video business, with some video contracts renewed at lower capacity prices and the end of a growing number of SD/HD simulcasts, particularly in the most mature markets such as Japan and South Korea."

Different from its sister report, Satellite Communications & Broadcasting Markets Survey, which provides analysis and forecasts of the overall FSS industry using a consolidated approach, FSS Operators: Benchmarks & Performance Review uses on the individual performance of each FSS operator. In this year's edition of the report, Euroconsult has expanded the benchmark analysis with new performance indicators to provide a better view of the competitive positioning of each FSS operator, including information on constellations with extensive profiles of OneWeb and O3b.

Based on our industry benchmark, the average FSS operator in 2014 had $319 million in revenue; 181 transponders leased of which 56 percent are used for video applications; 218 regular transponders and 11 Gbps of HTS capacity available for lease; 952 TV channels and four DTH pay-TV platforms broadcast over satellites; six satellites in orbit with an average fleet age of six years; and two satellites under construction.

Other report findings include: