Vandenberg AFB to Become a Spaceport of the Future?


In a fresh posting at the NOOZHAWK infosite by North County Editor Janene Scully, she reports that the military is looking at investment projects totaling $100 million to allow for development on base land and launch sites for commercial firms at Vandenberg Air Force Base (VAFB). 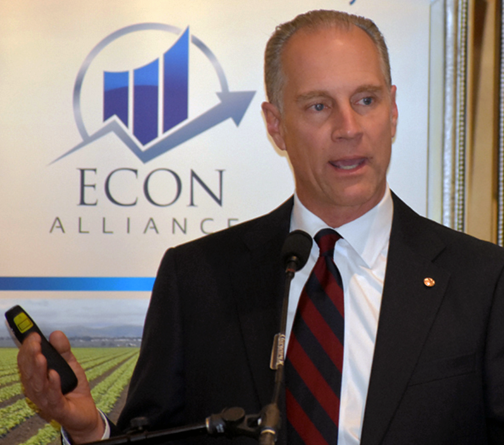 “We might look back at this era that we’re in right now and say that’s the Entrepreneurial Space Age,” said Thomas Stevens, launch technical director for the 30th Operations Group at Vandenberg. “It seriously might just be that. We’re right at the cusp, kind of at the beginning of it. It’s exciting times.”

Stevens, who has worked at the base since the 1980s, spoke about Vandenberg’s vision as a “spaceport of the future” during the Economic Alliance of Santa Barbara County annual dinner and future forum program. More than 150 people attended the event.

Stevens said a group at the base has worked for about a year to craft a plan, including identifying multiple projects amounting to an investment of $100 million to position Vandenberg for its spaceport of the future. “The Department of Defense, the Air Force, nobody’s going to afford that alone,” he said, adding that funding efforts will focus on federal, state and local sources with an eye on public-private partnerships. He added that it would be difficult at this time to estimate the potential number of new jobs at Vandenberg.

To read the entire, informative article, please access this direct link to NOOZHAWK...