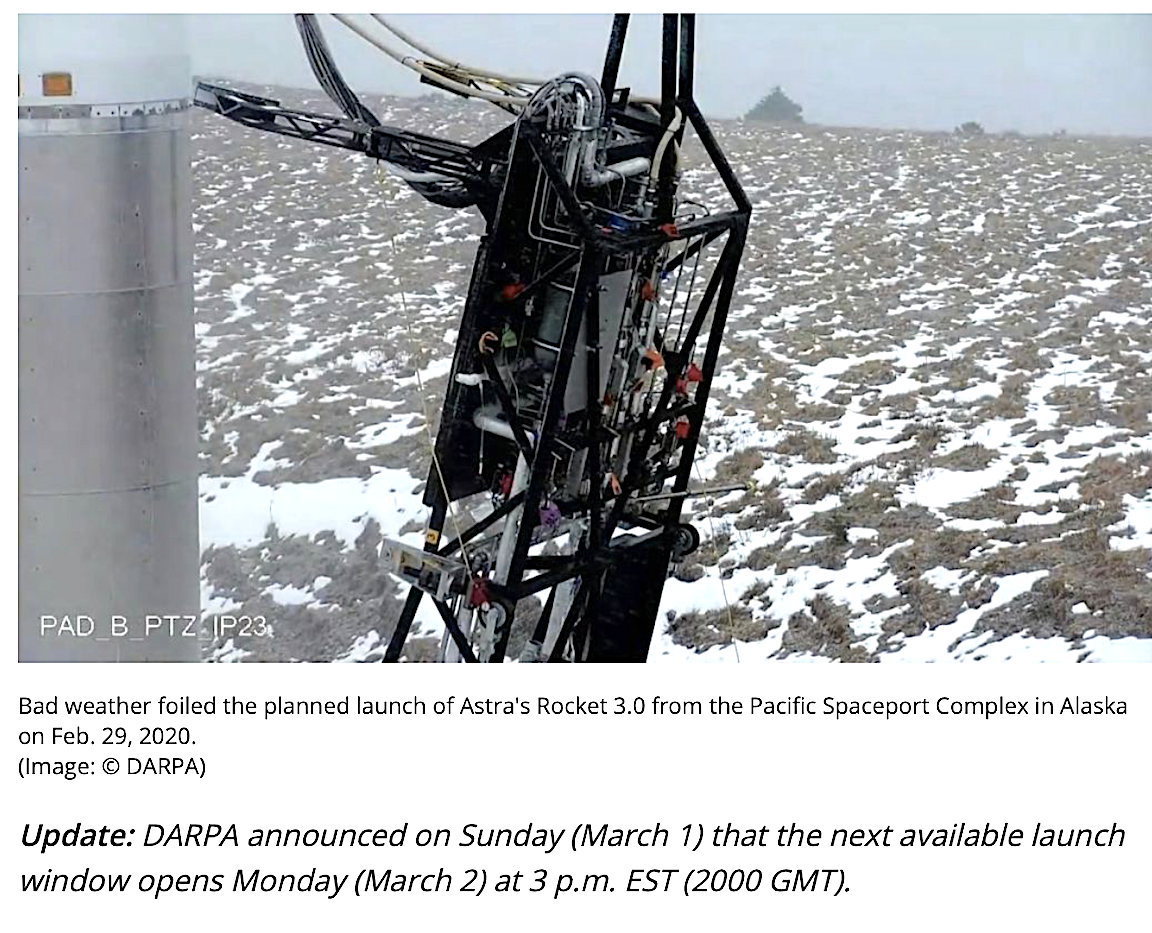 The launch, originally scheduled for February 29 of DARPA's satellite by Spaceflight's startup, Astra, has been scrubbed due to bad weather.

The weather conditions should come as no surprise considering that the launch site is the Pacific Spaceport Complex on Alaska's Kodiak Island. The bad winter weather — specifically, strong winds and thick clouds — has pushed the attempt back at least another day.

"The goal of the DARPA Launch Challenge is to demonstrate responsive and flexible space launch capabilities from the burgeoning industry of small launch providers. 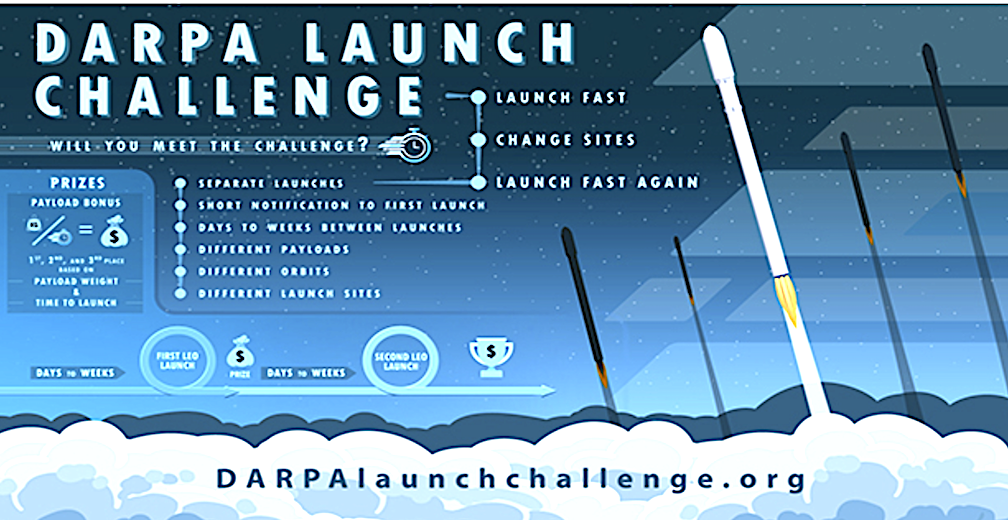 For nearly 60 years, the nation’s space architecture has been built around exquisite systems that are launched by large, expensive boosters. The development cycle with the systems is tedious, with a process driven by a desire to reduce risk, rather than deliver timely capabilities."

The $12 million DARPA Launch Challenge is to demonstrate new and groundbreaking capabilities to address emerging Department of Defense needs. The challenge will culminate in two separate launch competitions to low Earth orbit (LEO) within days of each other at different locations in the United States.

This will be Astra's first flight, which is carrying four small payloads. If successful the company will get $2 million, then conducting a another launch shortly after, from a different pad at the Kodiak complex, will bring in an additional $10 million.