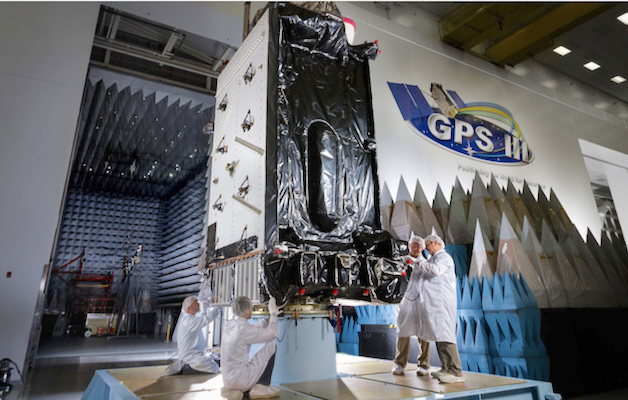 “Security and reliability are key to ensuring warfighters can depend on GPS signals,” said James LaRosa, director of Space Processor and Products at BAE Systems. “Our rad-hard RAD750 processor can withstand radiation doses a million times stronger than a fatal human dose, and that durability is valued on missions like the GPS III.”

To modernize the GPS constellation with new technology and advanced capabilities, the Air Force began launching its new, next-generation GPS III satellites in December 2018. GPS III is three times more accurate and has up to eight times improved anti-jamming capabilities over current GPS satellites. GPS III is the first GPS satellite to broadcast the new L1C civil signal to be interoperable with other international global navigation satellite systems, like Galileo. The Air Force has announced plans to build up to 32 GPS III and IIIF satellites, for which BAE Systems’ SBCs could provide long-lasting computing power on each mission.

BAE Systems’ radiation-hardened electronics have been on board satellites and spacecraft for almost 30 years. The company has provided more than 900 computers from more than 300 satellites, and has provided the computers that power key national space assets such as Juno and Pathfinder.

Radiation hardened computers are produced at BAE Systems’ facility in Manassas, Virginia. The facility is a U.S. Department of Defense Category 1A Microelectronics Trusted Source.