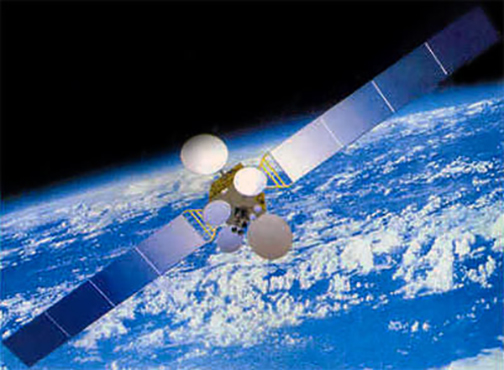 Artistic rendition of China Aerospace Science and Technology Corporation's DFH-4 bus, upon which the APSTAR-6D satellite will be manufactured. Image is courtesy of CASC.

According to a Xinhua news posting, China's aerospace industry will see a busy year in 2020, with the number of space launches expected to exceed 40, according to the China Aerospace Science and Technology Corporation (CASC).

The highlights of the space activities include the launch of China's first Mars probe, the Chang'e-5 lunar probe, which is expected to bring moon samples back to Earth, the final step of China's current lunar exploration program, as well as the completion of the BeiDou Navigation Satellite System constellation.

Three new types of carrier rockets including the Long March-5B, Long March-7A and Long March-8 will make their maiden flights in 2020, said the CASC.

In addition, some commercial satellites, such as the APSTAR-6D satellite and the experiment satellite for the construction of satellite internet, will also be launched.

Wu Yansheng, board chairman of the CASC, said the corporation completed 27 space launches in 2019, sending 66 satellites into space. The number of China's space launches over the past two years ranked first in the world.

The key tasks in the coming year will bring both challenges and opportunities for the CASC, Wu said.