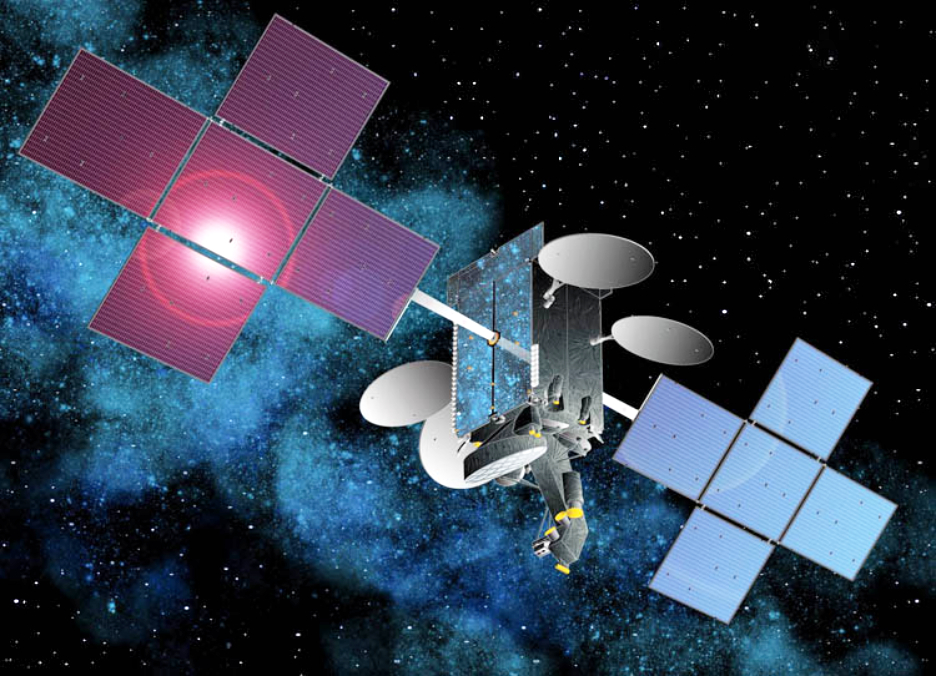 Artistic rendition of the Intelsat IS-19 satellite.

Journalist Chris Forrester is reporting at the Advanced Television infosite that although Intelsat might be in Chapter 11 bankruptcy restructuring, trading continues — the satellite operator’s revenues were $458.8 million for Q1 (to March 31st), down 13 percent, and after interest payments and other obligations, that turned into a net loss of $218.8 million for the quarter.

The company reported significant downturns in Network Services (down 27 percent y-o-y) and Media (down 9 percent). It paid interest on its borrowings of $318.3 million for the quarter-year ($316.6 million).

Intelsat’s CEO, Stephen Spengler, said, “Like many companies, we were not immune to the effects of COVID-19, which created challenges for our underlying business. Our first quarter results reflect the decline in sea and air travel which negatively impacted our network services business. The media business also experienced disruptions primarily related to the decline in ‘occasional use’ services for sporting events and concerts which were cancelled to comply with the broad stay-at-home orders issued during the period. We were pleased with the resilience of the government services business which delivered stable results in a challenging environment while generating renewals and new business contracts.”

Spengler concluded by saying, “Last week we announced our decision to opt into the FCC Accelerated C-band Clearing Plan. We are already working closely with our customers and vendors to ensure we achieve the agreed upon milestones. Intelsat is committed to helping the U.S. maintain its leadership in developing advanced telecommunications technologies. Our role in clearing the C-band will help create a winning formula for America in the race to deploy 5G networks.”

Network services revenue was $149.4 million (or 33 percent of Intelsat’s total revenue) for the three months ended March 31, 2020, a decrease of 27 percent compared to the three months ended March 31st, 2019. The decline in network services revenue was related to non-renewals and renewals at lower pricing coupled with two unusual items, including a one-time recognition of accelerated revenue in the first quarter of 2019 and lower revenue in the current quarter when compared with the same period last year as a result of the loss of Intelsat 29e in April 2019.

The company’s contracted backlog was $6.6 billion ($7bn), and its transponder average fill rate was 78.5 percent (78 percent).

Chris is also detailing Nigeria’s NigComSat satellite business is to be “forensically audited” by order of the country’s House of Representatives.

The investigation team will be looking at alleged “sleaze, misappropriation and non-profitability” of the company.

The parliamentary report said that the establishment of NigComSat “was to develop the information and communications technology system in Nigeria, as well as to improve national security, broadcasting, internet access, e-governance, health and the educational sectors of the country. Unfortunately, it has failed to achieve its objectives. Incorporated in 2006 and wholly owned by the Federal Government, NigComSat’s scorecard remains unsatisfactory,” said a statement.

The report added, “[Parliament] is aware that it costs the Nigerian Government the sum of US$340 million of taxpayers money to build the NigComSat-l and a further Naira 43.500 billion from the federal allocation as running cost and another US$ 127 million as debt servicing to the Chinese Government, but there is little or nothing to show for these huge investments. The House is concerned that while the fixed-satellite service business has proven lucrative in so many countries with a worth estimate of the global space as high as N126 trillion and 75 percent of this coming from commercial revenues, NigComSat is yet to get a slice of the pie and has generated zero revenue.”

The statement continued, “[Parliament] is disturbed that even though the company has not been able to make contributions to the nation’s revenue, it has been riddled with series of allegations ranging from contract scams to the tune of N8 billion to bribery of government agents and withholding of vital documents to ensure the cover-up of the massive irregularities against the management of the company.”

The report made other allegations concerning a former MD of the business, and payments made by her and assets that were not declared.