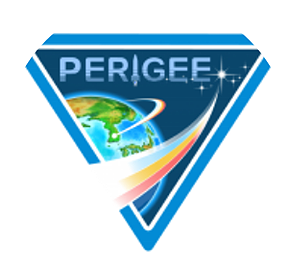 Perigee Aerospace has signed an agreement to use the Southern Launch rocket facilities in South Australia, starting next year.

Signed at the 8th Space Forum in Adelaide, South Australia, the agreement sees the two New Space startups work together to launch small payload rockets over the Great Australian Bight. Southern Launch CEO Lloyd Damp signed the deal with Perigee CEO Yoon Shin at the beginning of Space Week in South Australia. The pair committed to testing the launch facility in 2020 ahead of regular, commercial launches from 2021. 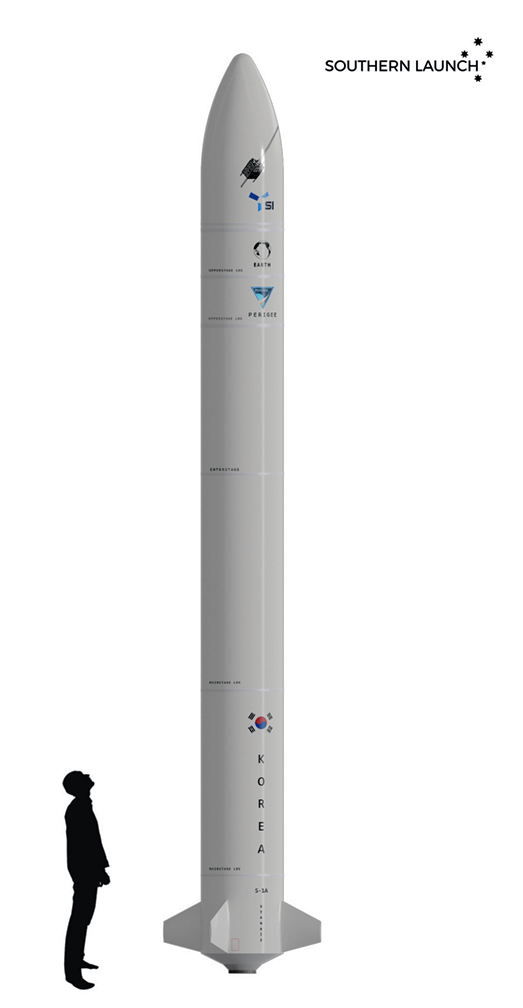 Yoon Shin said he already had customers for his small launch vehicle Blue Whale, pictured to the left, designed to lift smallsats into low altitude high inclination orbits. “We have various customers willing to launch their payloads ranging from 35 to 50 kilograms on our rocket,” he said. "So we are making some of the deals, and since our launch date is secured, right now we can start progressing those deals even further.”

Started in 2012, Perigee Aerospace began by developing and launching numerous sounding rockets for meteorological research for the Korean government. In 2018 and 2019 the company received two rounds of venture capital backing from some of South Korea’s leading technology investors including Samsung Venture Investments and LB Investment (a subsidiary of LG) to support the development of Blue Whale. The company is also supported by KAIST, South Korea’s top technical research institution.

Damp said securing a commercial launch partner with such good backing would fast track the development of the launch site at Whaler’s Way at the tip of the Eyre Peninsula. He said there would not be a problem building the necessary infrastructure in a year because Southern Launch had been granted Major Project status by the South Australian Government and the physical requirements of a New Space project were not massive.

“A lot of people say ‘space launch! this means Cape Canaveral’, you know, bulldozers, all this type of stuff,” Damp said. “In reality, we’re putting up a glorified garden shed for the vehicle assembly and then a piece of concrete, which is about the same size footprint as a residential home. So this is tiny, tiny equipment to launch rockets into space. It’s called New Space.”

The 1190 hectare Whaler’s Way site is about a 35 minute drive from the regional center of Port Lincoln. The complex is 250 km. west of Adelaide and 500 km. south of Woomera, the historic rocket launch site that is restricted to military use.

Damp said the project was an example of how the entire business model around space has changed. “It’s the small sats, a couple of kilograms, helping farmers get connected to their land, or monitoring illegal shipping, fishing, you name it.”

Shin said he started negotiations with Southern Launch after meeting Damp at the International Astronautical Congress in Bremen, Germany, in 2018. He said there were three main reasons for signing up with Southern Launch, the first being its location, which is suitable for launching smallsats into sun synchronous or polar, or inclinations down to 60 degrees into orbit, which are the inclinations most of the customers are interested in. The second reason was that launching over the Great Australian Bight meant there was little air or maritime traffic and the third reason was the strategy of the newly established Australian Space Agency to prioritize commercial applications. 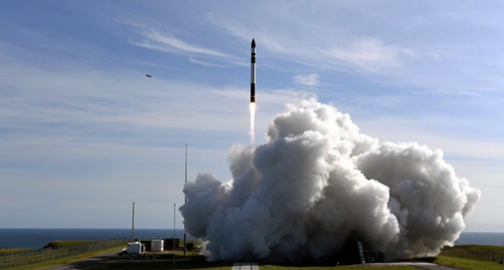 Australia aims to grow the space market segment from AU$3.9 billion to AU$12 billion by 2030 and double space industry employment to 30,000. South Australia has been a significant player in the nation’s space industry and is home to major Tier 1 defence companies and several emerging space startups. The space industry in South Australia received a further boost in April when it was announced the $245 million national SmartSat CRC would be headquartered in the state. The research centre will join the Australian Space Agency at an innovation neighborhood called Lot Fourteen in the CBD on Adelaide. Lot Fourteen will also house the Defence and Space Landing Pad, Mission Control Centre, Space Discovery Centre and a growing ecosystem of space startups such as Myriota and Inovor.