[SatNews] Students representing 10 universities competed in Albuquerque, New Mexico, this week for the chance to send a satellite they designed and built into space.

Boston University and State University of New York at Buffalo tied for 5th place. Judges will break the tie during upcoming visits to both universities where they will conduct a deep dive into their respective programs. 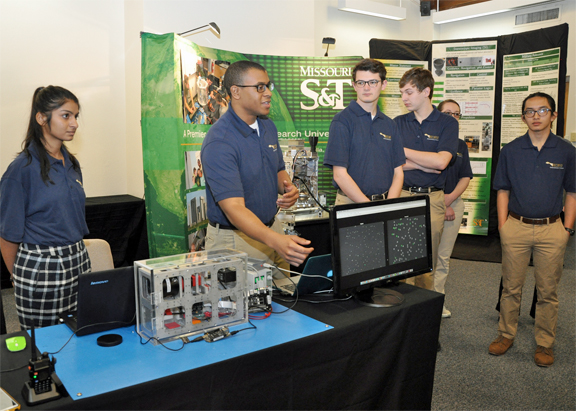 Each winning school will receive $110,000 from the Air Force Office of Science and Technology, and mission support from AFRL/Space Vehicles to finish preparing their satellites for launch. Now in its eighth cycle, this is the first time multiple winners were selected.

"We are excited that we were able to expand the number of winners from one to five this year, allowing more teams the opportunity to send their satellite to space and, in turn, increasing the scientific and technology benefits of the program," Dr. David Voss, University Nanosat Program manager said. "We had a remarkable field of competitors this year, and we commend the hard-work, passion and professionalism of these young great minds."

The University Nanosat Program was established in 1999 by AFRL and the Air Force Office of Scientific Research as a way to inspire and train the next generation of space professionals. It is a rigorous two-year concept to flight ready spacecraft competition, and the only program in the country that gives university students the opportunity to actually participate in U.S. spacecraft development. The Approximately 5,000 students from 32 universities have participated in the program and several of their satellites have been sent to space.

Winning schools and descriptions of projects:

Information regarding the Air Force Research Laboratory's Space Vehicles Directorate University Nanosat Program infosite may be viewed at this infopage.