Final Phase of Construction by Boeing for the Kacific1 Satellite

Kacific Broadband Satellites Group’s (Kacific) first satellite is a High Throughput Satellite (HTS) currently in production at Boeing’s El Segundo, California, facility for satellite technology. The satellite has completed 75 percent of module level testing and about to move into the final phase of construction. The HTS satellite will then undergo mechanical vibration and acoustic environmental testing. 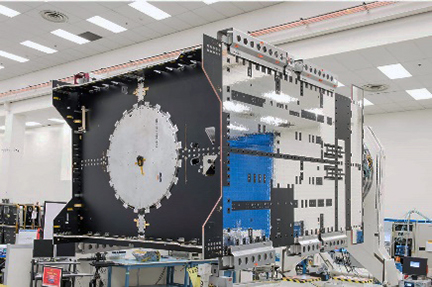 Photo of the Kacific-1 satellite in
the Boeing El Segundo factory.

Bob Perpall, CTO, Kacific, said the company is looking forward to seeing the fully formed satellite and are regularly in touch with Boeing for progress updates. The Kacific team is counting down the months to service commencement and are currently working with customers to help them prepare for the high-speed, Ka-band broadband through installation of ground technology and developing tailored solutions for people and organizations in Asia Pacific, such as enterprise level broadband services and community-based WiFi solutions.

Chris Johnson, President of Boeing Satellite Systems International, noted that this summer, Kacific1 is poised to complete major milestones at the Boeing factory in California. Boeing looks forward to the delivery of the completed satellite to the launch site in preparation for an exciting launch.