Space 2.0—Why it Matters for Australia’s Defence

Some key events are looming in the nascent Australian space sector. Following the announcement in October 2017 regarding the Australian Space Agency, government is set to provide details about this new organisation, including its charter and likely funding, not to mention where it will be based.

The government is also studying findings of the 2017 Review of Australian Space Industry Capability, and will likely provide new policies and funding to stimulate this growing sector of the economy.

With these important developments in mind, if Australia is to seek a more meaningful role in space, then it’s important to get the right business model. In a recent ASPI Strategypaper, I strongly promoted the concept of ‘Space 2.0’ as the best path forward for Australia.

Space 2.0 has transformed the global space sector. Its growing emphasis on the ‘small, cheap and many’ in terms of satellite design challenges the traditional approach of relying on a smaller number of large, expensive and increasingly vulnerable satellites that must operate in an increasingly challenging and crowded space domain.

Space 2.0 emphasises much more cost effective and responsive space launch capabilities, best epitomised by Elon Musk’s SpaceX that now regularly launches reusable rockets. It’s about innovation by new companies in opening up new uses of space, such as the ‘internet of things’, the establishment of mega-constellations of small satellites to support a global ‘broadband in the sky’ (making NBN obsolete in a few years), or new uses of commercial Earth observation to support rapidly developing economies.

Space 2.0 suggests a path for Australia that’s both affordable and can be developed locally. It also undermines the traditional justification for total dependency on foreign providers of space capability.

The business paradigm of Space 2.0 is akin to the business model of Silicon Valley and smartphone development. In the same way that mobile devices have rapidly evolved on a three-year cycle, Space 2.0 rides the wave of Moore’s Law, allowing smaller satellites to continuously exploit new technology to do more, at less cost, and benefit from the rapid refresh of technology and innovation. This phenomenon is occurring now, and it means the next decade will see the global satellite and space launch industry going through a rapid transformation.

Australia’s space agency must be savvy enough to identify, understand and surf that wave, rather than be left behind by choosing an increasingly outmoded Space 1.0 business model that is risk averse, slow to innovate and heavily regulated. Rather than be a ‘NASA down under’, the new space agency must instead let the private sector lead and fully support the rapid growth of Space 2.0 start-ups.

These can provide new services ‘downstream’ (the ground segment) to the end user, be it government, commercial companies or the private individual. They can also offer Australia the chance to begin developing its own sovereign space segment (‘upstream’), including satellites and ultimately, a sovereign space launch capability. 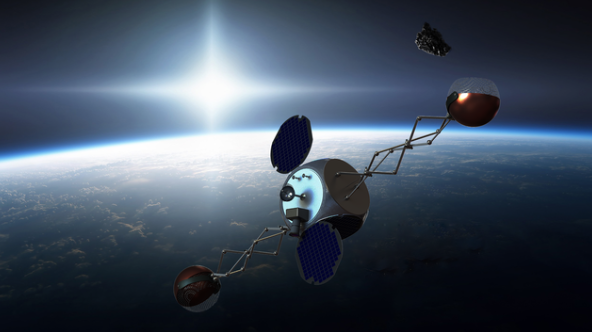 Getting the right approach is also vital for Australia’s defence and national security. Space is contested, congested and competitive, and a traditional Space 1.0 approach is increasingly incapable of responding to these challenges.

Investment in or reliance upon the traditional approach of a smaller number of large, expensive satellites makes it easier for an adversary to threaten vital space capabilities quickly, and that could result in a sudden and catastrophic loss of space support. Conversely, the use of disaggregated space capabilities using large numbers of smaller, cheaper satellites that can be quickly reconstituted makes it harder for an adversary to threaten a decisive counter-space attack, and reinforces deterrence and dissuasion against such a threat.

Space is congested because of a growing amount of space debris that increasingly threatens to choke vital orbits and places vital satellites at risk. There’s an urgent effort to find ways to clear space debris, and Australia plays a significant role in monitoring such debris using ground-based space situational awareness.

As Space 2.0 is all about rapid innovation, finding a timely solution to space debris would suggest tapping the thinking of commercial space actors to find new ways to solve this problem.

Space is competitive because Space 2.0, while opening up space to Australia, also allows the proliferation of militarily relevant space technologies to a broader range of state and non-state actors in a manner that boosts their prospective military capability. In doing so, our military–technological edge is eroded and the traditional market dominance of space powers is being challenged. To mitigate risk, Australia needs to effectively compete in the global space sector. We can’t do that by embracing outdated thinking.

With this challenging environment in mind, the space agency needs to develop effective space policy that isn’t just focused on space science, or on supporting civilian space industry, but also manages the nexus between defence and civilian space activities. Defence must be well inside the tent, rather than kept at a distance.

Firstly, the agency should consider the nature of Space 2.0 and how the ADF can exploit it, and also explore how our adversaries might use it against us. Secondly, the space agency has to be bold, and not simply re-establish a traditional emphasis on the ground segment in key defence missions. It’s time to do more than more of the same.

With this in mind, a key early policy debate in the new agency should be about how Australia can best contribute to deterring and dissuading counter-space threats. Australia’s current activities in space surveillance should be the starting point for this debate, which will encompass how Australia contributes to developing disaggregated space systems, and how it can best support reconstitution of space support to key partners.

This is the sixth in the series ‘Australia in Space’ leading up to ASPI’s Building Australia’s Strategy for Space conference in June.

Malcolm Davis is a senior analyst at ASPI.