Jonathan Yaney, Founder and CEO of SpinLaunch, Inc., has announced that the company has received an additional investment of $35 million for continued development of the world’s first kinetic launch system, designed to provide the lowest-cost, environmentally responsible orbital launch system to serve the rapidly growing smallsat industry.

The responsive launch system uses a large mass accelerator to provide on demand launches of smallsats in virtually any weather at an order of magnitude lower cost and higher frequency than any existing or proposed launch system. 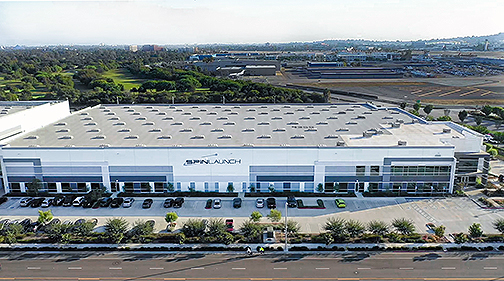 In January 2019, SpinLaunch relocated to a new 140,000 square foot facility in Long Beach, California, and funds will be used for the buildout of this corporate headquarters and investing in equipment and machinery to be a world-class R&D manufacturing facility. In addition, the company is hiring additional talent for both its Long Beach headquarters and Spaceport test facility. the first flight test is expected later this year.

SpinLaunch is re-imagining space launch by revisiting fundamental physics and leveraging proven industrial technologies to create a system that accelerates the launch vehicle to hypersonic speeds using ground-based electricity. Applying the initial performance boost from a terrestrial-based launch platform will enable the company to provide a substantially lower cost launch to orbit, multiple times per day.

Investors include Airbus Ventures, GV, KPCB, Catapult Ventures, Lauder Partners, John Doerr and Byers Family. The funds from this investment will be used to scale the SpinLaunch team and technology, and continue to build out SpinLaunch’s new corporate headquarters in Long Beach, California, and complete the flight test facility at Spaceport America in New Mexico.

CEO Yaney said the company's team at SpinLaunch greatly appreciates the continued support of this formidable syndicate of investors, who share the firm's vision of enabling low-cost and frequent launch of imaging and communications constellations that will protect the planet and humanity. Later this year, SpinLaunch aims to change the history of space launch with the completion of the first flight test mass accelerator at Spaceport America.