Sixty Launched ... 11,940 Left to Go ... as SpaceX Successfully Sends Off Their First Batch of Starlink Satellites 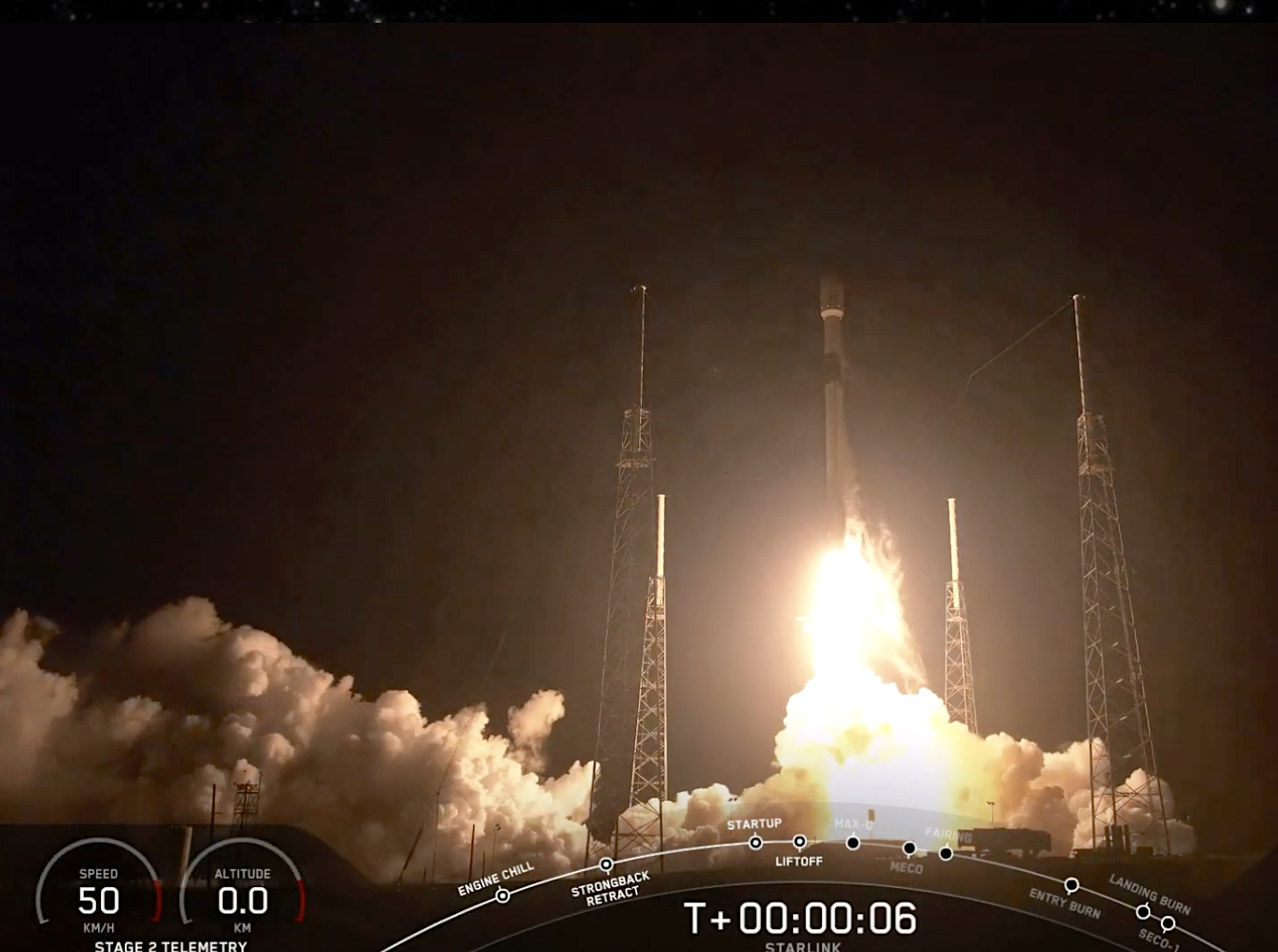 This is one of those launches that when it successfully occurs much of the world releases a collective sigh of relief.

At 10:30pm Eastern time Thursday, a SpaceX Falcon 9 rocket lifted off from Space Launch Complex 40 (SLC-40), Cape Canaveral in Florida, with 60 Starlink satellites on board, the first satellites designed to work within this constellation.

While SpaceX had launched two test satellites before, Falcon 9’s first stage for this mission previously supported the Telstar 18 VANTAGE mission in September 2018 and the Iridium-8 mission in January 2019, today’s launch is a major step towards the final goal of launching and operating 12,000 satellites in orbit to beam internet to the ground by the 2020s, reaching those who are not yet connected, with reliable and affordable broadband internet services. It’s estimated that 4 billion people in the world remain unconnected to the internet

Eight minutes after the launch, the first stage of the rocket successfully landed on the drone ship Of Course I Still Love You (OCISLY) in the Atlantic Ocean. This was the third flight for the first stage booster, having flown on the Telstar 18 VANTAGE mission in September 2018, and the Iridium-8 mission in January 2019.

SpaceX remains mum about its pricing for how much their service will cost, but Musk has indicated that Starlink is designed to fund SpaceX’s ultimate goal of sending humans to Mars. 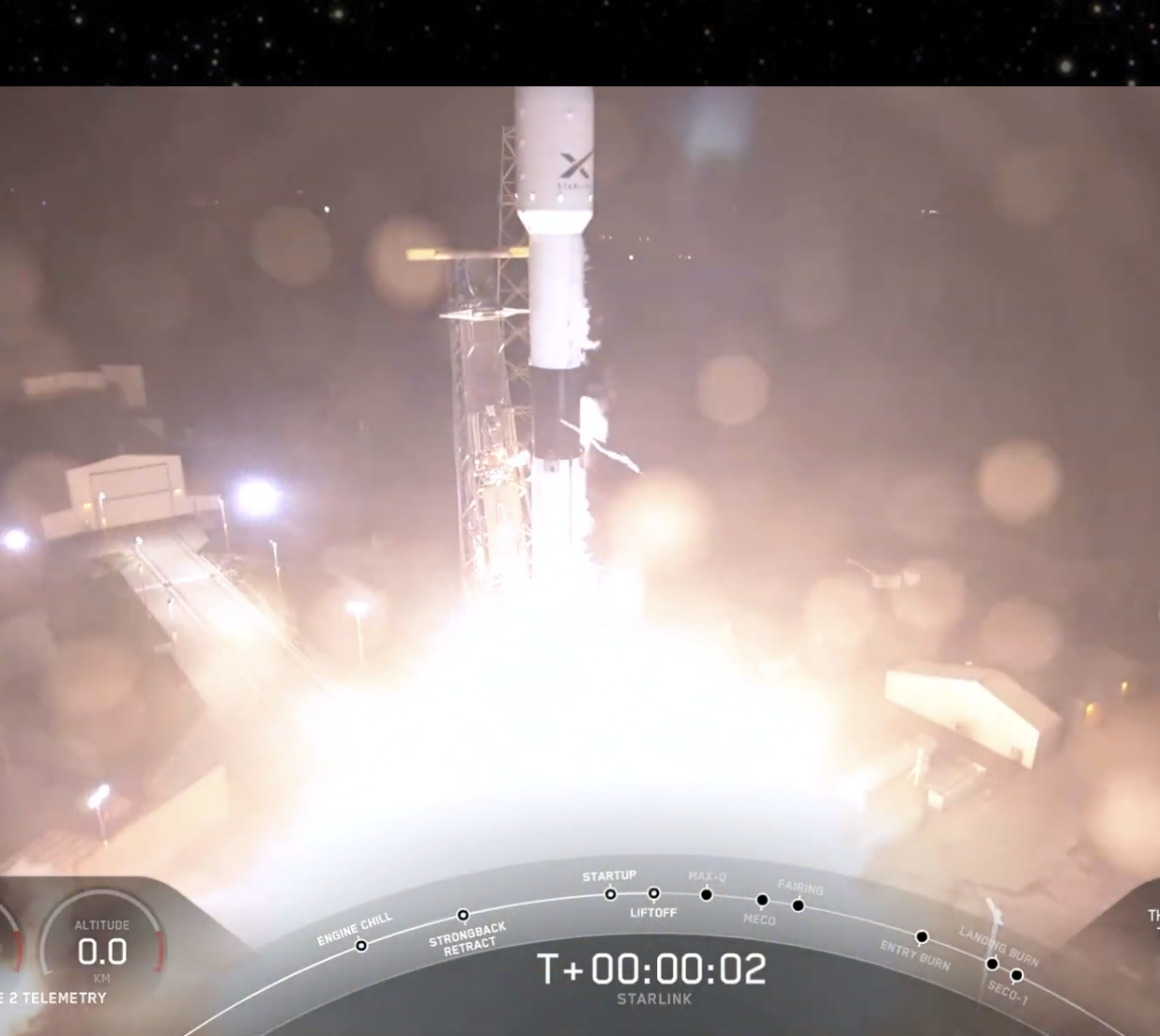 Designed and built upon the heritage of Dragon, each spacecraft is equipped with a Startracker navigation system that allows SpaceX to point the satellites with precision. Importantly, Starlink satellites are capable of tracking on-orbit debris and autonomously avoiding collision. Additionally, 95 percent of all components of this design will quickly burn in Earth’s atmosphere at the end of each satellite’s lifecycle—exceeding all current safety standards—with future iterative designs moving to complete disintegration. This mission will push the operational capabilities of the satellites to the limit. SpaceX expects to encounter issues along the way, but the lessons learned here are key to developing an affordable and reliable broadband service in the future. 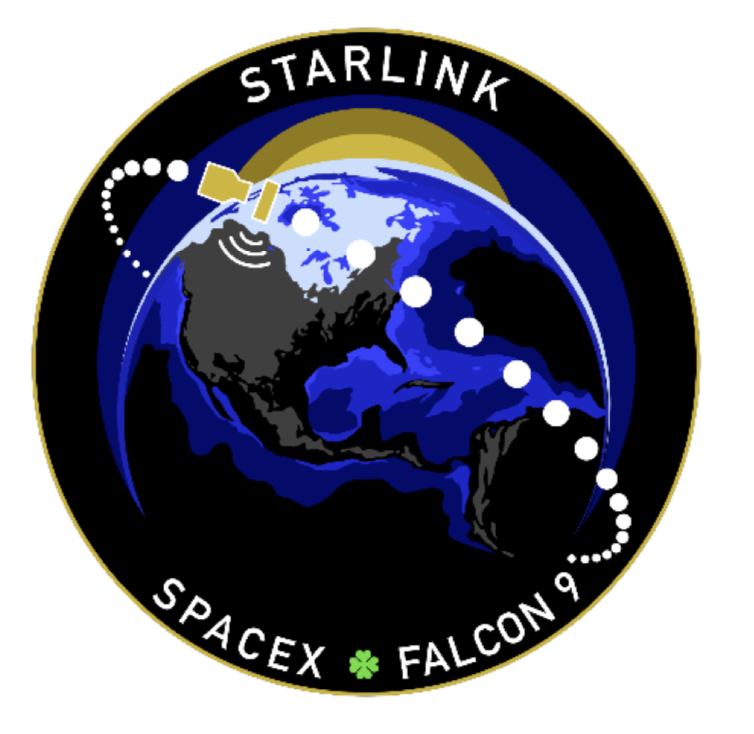 SpaceX is one of nine companies that have been approved by the Federal Communications Commission (FCC) in the U.S. to launch large constellations of satellites to provide internet services, totaling about 15,000 satellites resulting in concerns about the number of satellites being launched. Other companies have plans for constellations too, such as Amazon and its 3,000-strong Project Kuiper, although they do not yet have FCC approval.

Currently in orbit there are only 2,000 active satellites, with just 8,000 or so having been launched since Sputnik 1 reached orbit in 1957, and the risk of launching so many satellites is that it could cause significant space junk problems with the possibility of satellite failures. The other factor is that the United Nations asks operators to remove them from orbit within 25 years.

To manufacture and launch a constellation of such scale, SpaceX is using the same rapid iteration in design approach that led to the successes of Falcon 1, Falcon 9, Falcon Heavy, and Dragon. As such, Starlink’s simplified design is significantly more scalable and capable than its first experimental iteration.
Topical Tags :
Events
Launch
SmallSat
Satellite Operator
Service Provider
Regional Tags :
North America