Arianespace has forged forward with a production line, named the B-Line, that includes the world’s most powerful robot, capable of handling nozzles weighing in excess of 2 tons, measuring nearly 3 meters in height and 2.2 meters in diameter. The B-Line is for manufacturing the solid rocket booster P120C motor being used by both future European launchers, Ariane 6 and Vega-C. In doing so they have officially opened a facility at Le Haillan, near Bordeaux, in the heart of the Nouvelle-Aquitaine Region. 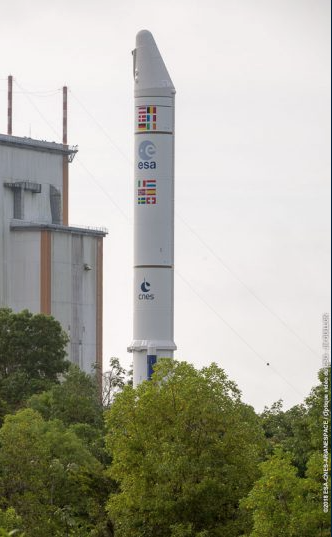 The production line (known as the B-Line), to produce nozzles for the solid rocket booster P120C motor is the first of a new series of production lines for Ariane 6, which was inaugurated by ArianeGroup in 2018, while the P120C booster will be tested at the Guiana Space Centre in Kourou.

And there's more, including the stage assembly buildings for Ariane 6 in Bremen, Germany, and Les Mureaux, France, which are also being finalized in preparation for the first Ariane 6 flight, scheduled for mid-2020

This 1,600 m² unit, christened B-Line, is designed to produce up to 35 nozzles per year for the P120C solid propellant booster, an output that is three times higher than that of the current Ariane 5 boosters.

The P120C (for “Common”) is the core of the rationalization process for the European launchers range, as it will be used for the boosters powering the Ariane 62 (2 boosters) and Ariane 64 (4 boosters) as well as for the first stage of the Vega-C launcher. Its lift-off thrust can reach more than 4500 kilonewtons and, when loaded with 142 tons of propellant, the booster can function in flight for 130 seconds. It is assembled in French Guiana by Europropulsion, a 50/50 subsidiary of ArianeGroup and Avio.

Alain Charmeau, CEO of ArianeGroup stated that the nozzle produced on the new B-Line in Le Haillan contributes to meeting the targets of the Ariane 6 and Vega-C programs, with optimized costs and shorter cycles, based on a simplified design and the use of innovative technologies and processes. He wishes to thank all the teams at ArianeGroup and those of their industrial partners, who have demonstrated their adaptability in enabling this new production unit to be delivered in record time, thus contributing to the success of the P120C program. With this B-Line in Bordeaux and the V-Line in Vernon in Normandy, inaugurated at the end of 2016 for final assembly of the Vinci® and Vulcain®2.1 engines for Ariane 6, ArianeGroup has unique production resources and know-how in the field of solid and liquid propulsion. They are supplementing these resources with the Ariane 6 stage assembly buildings currently under construction in Bremen, Germany, for the upper stage and at Les Mureaux, in France, for the main stage. With these facilities, ArianeGroup and its industrial partners will be ready for the first launch of Vega-C in 2019 and of Ariane 6 in 2020. 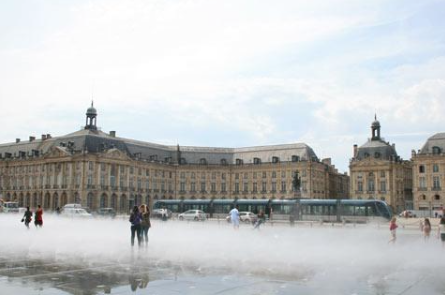 The B-Line is also equipped with the world’s most powerful robot, capable of handling nozzles weighing in excess of 2 tons, measuring nearly 3 meters in height and 2.2 meters in diameter. Each nozzle can be built in fewer than 28 days, owing to a number of highly competitive innovations, such as a flexible stop with composite reinforcements and low-modulus elastomers, jet parts made of new carbon/carbon material and a composite nozzle with industrial winding.

The nozzle is an essential subassembly of the engine which enables the extremely hot gases (3,000 degrees C) it produces, creating thrust by transforming the energy of the combustion gases into kinetic energy. It can also be swiveled, in order to pilot the launcher. The technologies and materials used in this nozzle, including the thermostructural(1) composites, enable it to withstand these extreme conditions throughout the engine’s operating period.

ArianeGroup is the lead contractor for the European Space Agency’s (ESA) Ariane 6 program and coordinates an industrial network of more than 600 companies in 13 European countries, including 350 Small and Medium Enterprises (SME). ArianeGroup is also the number one employer in the Nouvelle-Aquitaine region — with more than 3,500 employees — and provides work for more than 700 local suppliers.

Ariane 6 is a versatile, scalable launcher that is ideally suited to the changes in the global satellites market. With its two versions, Ariane 62 and Ariane 64, it can perform all types of missions to all orbits. It will guarantee uninterrupted European access to space, while offering competitive launch solutions for the institutional and commercial customers of Arianespace, an ArianeGroup subsidiary.