The award, which celebrates Mr. Celli’s many contributions to the satellite industry and recognizes him as a leading industry figure, was formally presented to him during the WSRF conference in Dubai. 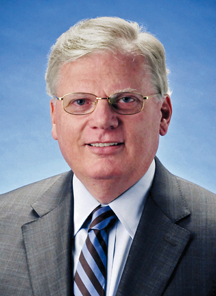 John Celli, the President of SSL.

Mr. Celli has dedicated his entire career to meeting the demand for advanced satellite capability through improved technology and reliability. He has spent nearly 35 years in increasingly responsible positions at SSL, where he steered the company through numerous milestones and achievements, including the world's first high throughput satellite, the world’s first 20 kW satellite, and multiple advances in antenna technologies and satellite data handling systems. Under his direction, SSL became the leading provider of commercial communications satellites and has maintained this position with roughly 30 percent market share for the past ten years.

Over the course of his career, Mr. Celli has worked closely with most of the world's leading satellite operators. He has earned broad industry respect for his integrity and commitment to quality. He believes that the key to SSL's long-term success is in meeting its commitments, the performance of its satellites on orbit, and its employees.

“After careful consideration, the WSRF Planning Committee unanimously agreed that Mr. Celli’s dedication and commitment to the space industry, as well as his willingness to educate and share his wisdom, makes him the perfect candidate for this award,” said Chris Kunstadter, Chairman of WSRF.

SSL provides complex spacecraft that are used by companies around the globe, to provide news and entertainment, emergency services, and connectivity for economic development in remote regions. SSL also builds small satellites for services such as Earth Observation, and develops innovative space systems such as the propulsion system for a NASA moon mission and robotics for spacecraft assembly in space.

The World Space Risk Forum (WSRF) was created in 2010 as a forum for the global space community to better understand the new technologies and innovations being developed in the industry, with the goal of finding ways to best mitigate risks, and supporting efforts which aim to make space a safer place to do business. The WSRF conference is held every two years in Dubai.