Launched in February of 2015, the Deep Space Climate Observatory, or DSCOVR, was assigned to maintain the nation's real-time solar wind monitoring capabilities, which are critical to the accuracy and lead time of NOAA's space weather alerts and forecasts. With such timely and accurate warnings, space weather events — such as the geomagnetic storms caused by changes in solar wind — have the potential to disrupt nearly every major public infrastructure system, including power grids, telecommunications, aviation and GPS. 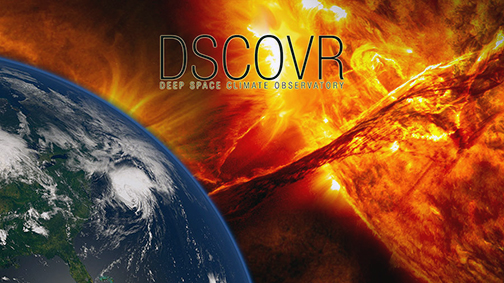 Now, however, information is available that the spacecraft went into what is termed a "spacehold," adversely affecting the craft's ability to deliver observations from its orbit at the L-1 Lagrange point. John Leslie, who is the spokesperson for NOAA, said in early July this was a necessary action as the agency's engineers needed to diagnose a "technical issue in the system" that was crucial to orbit positioning.

DSCOVR succeeds NASA's Advanced Composition Explorer's (ACE) role in supporting solar wind alerts and warnings from the L1 orbit, the neutral gravity point between the Earth and sun approximately one million miles from Earth. L1 is a good position from which to monitor the sun, because the constant stream of particles from the sun (the solar wind) reaches L1 about an hour before reaching Earth.

The Earth Polychromatic Imaging Camera — known as EPIC — captures full images of Earth. These images are then analyzed to monitor vegetation, clouds, atmospheric ozone as well as aerosols.

From this position, DSCOVR is — until this hold — able to provide 15 to 60 minute warning time before a surge of particles and magnetic field, known as a coronal mass ejection (or CME), associated with a geomagnetic storm reaches Earth. DSCOVR data is also used to improve predictions of geomagnetic storm impact locations.