[SatNews] With NASA's Rocket Science 101, a new game designed for...

...computers and iPad users, you don't have to be a rocket scientist to launch a spacecraft. NASA's Launch Services Program (LSP), based at the agency's Kennedy Space Center in Florida, provides access to space for the studies of Earth and exploration of our solar system and the universe. Now, LSP is turning over the virtual selection, construction and launch of a mission to players who will decide the best rocket to assemble to launch a spacecraft. Rocket scientists in LSP do the same thing for real rockets and missions every day.

Players select their favorite NASA mission and choose from three skill levels for building a rocket to send the spacecraft into orbit. The Rocket Science 101 challenge provides players an opportunity to learn about NASA missions and the various components of the launch vehicles, including how rockets are configured and how they work together to successfully launch a spacecraft. LSP managers, engineers and other specialists match spacecraft with the right rocket to carry out real-life missions, a process often done years ahead of a launch. As liftoff nears, teams oversee the launch vehicle's engineering and manufacturing, including its integration with the spacecraft. LSP conducts the countdowns for NASA's scientific missions and provides additional quality assurance along with other controls to ensure a successful mission. 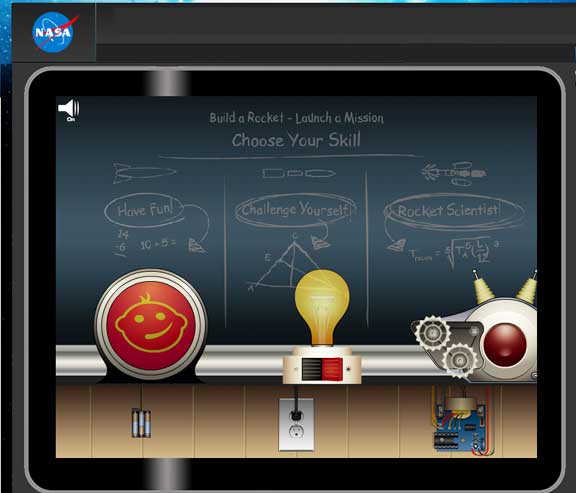