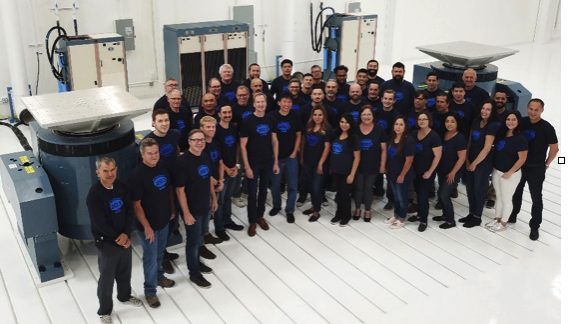 This company is celebrating its 15-year anniversary, and now to better accommodate their customers' needs they spent $2 million for a makeover that opens Experior Laboratories in Oxnard, California, for more business. While some of the tests measure the lifespan of a product —  how many pulls or shocks it can take before it breaks — employees said their job wasn’t just to try and break things.

For the third-party Test Laboratory the project raised the roof on an 11,000-square-foot industrial space to 33 feet to accommodate a 15-ton crane and two shakers that together can exert a maximum force of 80,000 pounds on heavy duty equipment like rockets, missile systems, trains and satellites.

The remodel was spurred by its growing business in the Aerospace and Space industry and a desire from customers to do all their testing at a single location, said Experior co-founder and President Lorenz Cartellieri. 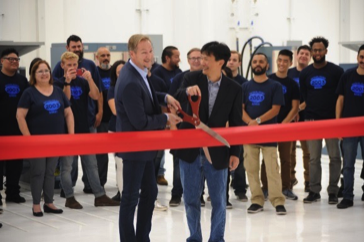 While some of the growth comes from existing customers expanding their business, most of it is new customers bringing projects with greater scope and higher complexity, said co-founder and Technical Director John Kim.

Both founders hailed from the photonics industry and got their start in testing fiber optics components for telecommunications companies in 2003. The company later branched into military, aerospace, industrial and even medical components.

That core business of fiber optics, including customers like Verizon, AT&T, Comcast and their suppliers, is “also increasing in deployment,” Kim said the backbone of the cellular systems rely on fiber, so that drives growth and opportunities.

While some of the tests measure the lifespan of a product —  how many pulls or shocks it can take before it breaks — employees said their job wasn’t just to try and break things.

Program Manager Jack Klein said that their job is to do the test right. Customers provide the test parameters and product to be tested and they design the test equipment and test procedures to accomplish the testing. The company often designs and builds specialty setups and configurations onsite for specific projects their customers bring to them.

The testing gives the customers the confidence that the equipment will work the way it’s supposed to and that they know the standards it can meet, said Andy Shiang, an engineer at California rocket and missile propulsion company Aerojet Rocketdyne.

Shiang continued that at the end you have a product that you know what it’s capable of. In a test program, things will almost never go as smoothly as you plan. Problems inevitably come up, and these guys are exceptional at helping people solve problems.

The expansion, including the new equipment, also represented a large capital commitment for Experior, Kim said, prompting the company to jump on the opportunity while borrowing costs were low.

Most of the 11,000-square-foot building remained empty, but Klein said it wouldn’t remain that way for long.

Experior Laboratories has been ranked among the Pacific Coast Business Times 50 Fastest-Growing Companies. At the ribbon cutting ceremony for the new building November 16, it has grown to 46 employees.