ESA's IXV Reentry Demonstrator... Slides Into A Seat On The Spaceport's Trolley


[SatNews] Vega, named after the second brightest star in the northern hemisphere will make access to space easier, quicker and cheaper. 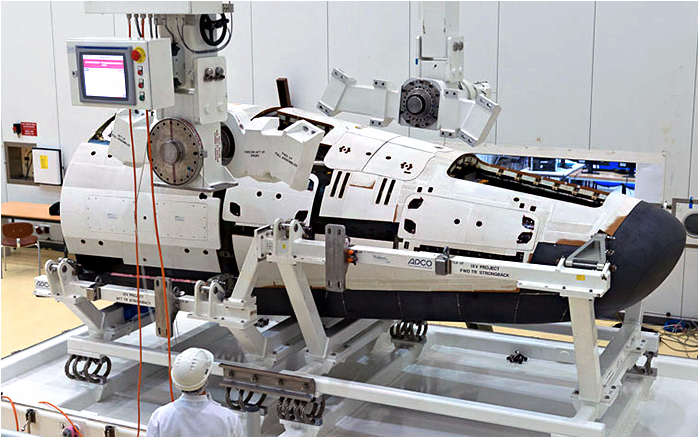 Shown installed on a trolley in the S1B clean room facility at Europe’s Spaceport, the Intermediate eXperimental Vehicle (IXV) is being readied for launch on the fourth Vega mission from French Guiana.

The IXV, which arrived in French Guiana last month aboard a chartered cargo jetliner, is now installed on a trolley in the Spaceport’s S1B payload checkout facility.

Built by Thales Alenia Space, the IXV is an atmospheric reentry demonstrator designed on behalf of the European Space Agency (ESA) to flight test technologies and critical systems for future automated reentry systems as they return from low Earth orbit.

To be lofted on Vega’s fourth liftoff from French Guiana, designated Flight VV04 in Arianespace’s launcher family numbering system, the mission profile calls for the IXV to reach an altitude of approximately 420 km. before starting the descent. Using its aerodynamic shape, along with thrusters and two tail flaps, the spaceplane will return through the atmosphere as if reentering from a low orbit for a splashdown in the Pacific Ocean.