Heading to China's Space Station, When Completed, will be Nine International Scientific Experiments 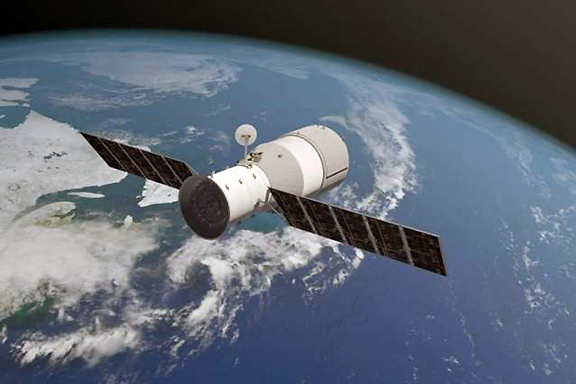 Posted at the Ecns.com infosite is information that nine scientific experiments from across the world have been accepted to be conducted on board the upcoming China Space Station (CSS), the United Nations and China announced in Vienna.

The six fully and three conditionally accepted experiments involve 23 entities from 17 countries, emerging from 42 proposals tabled by 27 countries. The CSS is expected to be operational around 2022.

The selected experiments come from both developed and developing countries, such as France, Germany and Japan, as well as Kenya and Peru, and cover a broad range of scientific subjects, including Earth Observation, solar cells, space life sciences and biotechnology.

The announcement was made by the heads of the China Manned Space Agency (CMSA) and the United Nations Office for Outer Space Affairs (UNOOSA). The two bodies published an "Announcement of Opportunity" in May 2018, inviting United Nations member states to submit applications to conduct scientific experiments aboard the CSS. China's space station is expected to be completed in 2022.

The "forward-looking" initiative seeks to "open the CSS to all countries and create a new paradigm in building capabilities in space science and technology, in particular for developing countries," UNOOSA said in an earlier press release.

"We aim at helping developing countries bridge the technological gap and realize space access and exploration," said Wang Qun, Chinese envoy to the United Nations and other international organizations in Vienna.

"Today we are pleased to see that scientists from different countries, ethnicities and cultural backgrounds will conduct space scientific experiments aboard the CSS," said CMSA Director General Hao Chun.

"They come from governmental organizations, private entities and international associations. It is indeed great to see that most of the projects are collaborative international efforts," commented UNOOSA Director Simonetta Di Pippo.