XipLink's New Sales Executive ...He Has Experience for Fast Growth in Latin America

XipLink of North America now has a new lead executive representing the company in Latin America. He comes with considerable experience and will be an asset as XipLink enjoyed large wins during the last year in Mexico, Brazil, Bolivia, Ecuador, Chile and several other countries. 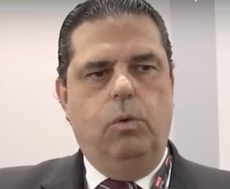 MontrÐžal, QC: XipLink, provider of Wireless Link Optimization announces that Edson Meira of Sao Paulo Brazil has joined the XipLink team as the lead executive in Latin America. Most recently, Edson worked for Telesat, running the Latin America region for many years dating back to Loral Skynet, which later merged with Telesat, in 2007.

He also has significant background selling IP network solutions at Equant, NCR and AT&T in the past. Mr. Meira has business relationships at most network operators as well as telco's in the region and will be working alongside the technical team of Jorge Alvarado and Rolando Lozano.

The Latin America market has been growing rapidly for XipLink with significant growth during the last year in Mexico, Brazil, Bolivia, Ecuador, Chile and several other countries. While most of these customers have purchased XipLink products for optimizing their cellular backhaul networks, there are also significant installations in Education and Military networks throughout the region.

Jack Waters, CEO at XipLink notes that they have known Edson for many years and enjoyed working alongside him on various satellite networking projects. Now that he is moving from the space capacity side to the network optimization business, XipLink is very fortunate to obtain his sales leadership at exactly the right time.

Edson is a member of the SSPI, Chapter Brazil, and will be available to meet at the upcoming Congresso Latino Americano de SatÐžlites show in Rio de Janeiro.