HawkEye 360 Inc. has revealed that a model of their Pathfinder satellite has been transferred to the Smithsonian's permanent collection and will be displayed in a future gallery at the National Air and Space Museum — this comes one year after HawkEye 360's Pathfinder satellites were formally commissioned into service to geolocate RF signals.

HawkEye 360's three satellite cluster has successfully geolocated more than 11 million RF signals in the past year. This data enables a safer world by supporting many applications, such as finding dark ships that may be engaged in smuggling or illegal fishing. 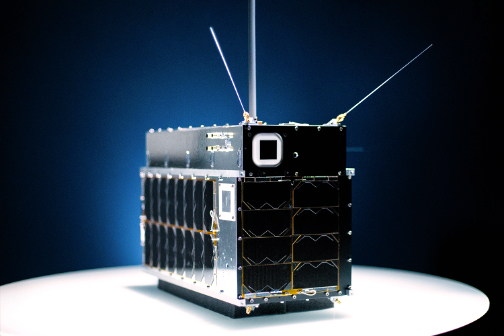 Photo of a model of HawkEye 360's Pathfinder smallsat.

HawkEye 360 is fully funded to deploy an additional five clusters, to reach a total of 18 satellites in orbit by the end of 2021. HawkEye 360 is currently building a second cluster of satellites, set for launch in fall 2020.

John Serafini, CEO, HawkEye 360, stated that this is an incredible honor for the Smithsonian to select the company's Pathfinder satellites for its collection. Small satellites are changing what we can achieve in space and HawkEye 360 is excited to be on the cutting edge of that revolution and that these smallsats will inspire the next generation of talented minds.