[SatNews] According to the Teal Group, Lockheed Martin, Raytheon and Northrop Grumman will dominate the defense electronics market from FY2014—FY2023.

Together the three companies earn just above 40 percent of prime contracts value of $373.4 billion. Teal Group analysts have reported this result in their annual Manufacturers Market Shares Overview, full details of which will be released later this month. Further highlights being released today at the 2014 AUSA Annual Meeting & Exposition taking place at the Walter E. Washington Convention Center in Washington, DC, include: 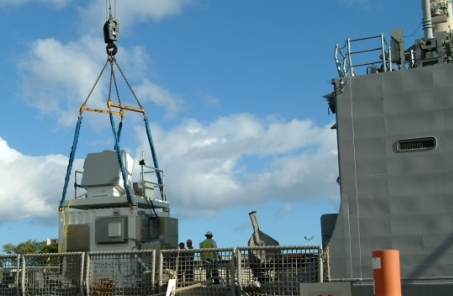 The Big Three
"Lockheed Martin will lead with $52.5 billion in total funding, based on leadership in C4I (Command, Control, Communications, Computers and Intelligence), and dominant positions in electro-optics (EO) due to airborne fighter and attack helicopter targeting system markets, and in sonar due to A-RCI (Acoustic-Rapid COTS Insertion)," said Teal Group's senior electronics analyst and author of the new manufacturer market shares overview, Dr. David Rockwell.

"They will also hold a solid third in the radar market based on another dominant program, the naval AN/SPY-1 Aegis system," said Rockwell "Lockheed Martin has strengthened its future in many markets where it had previously been a minor player, only recently rising above Northrop Grumman and Raytheon in the overall electronics market future."

Raytheon is forecast in the new study to place a very close second overall with $51.6 billion, number one in radar, second in C4I and sonar, and third in EO. However, much of Lockheed and Northrop Grumman’s future strength is based on systems for the F-35 Joint Strike Fighter (JSF), including EO, radar, and other electronics.

"Northrop Grumman fell to third in our forecast a few years ago, but the gap has narrowed, with $47.9 billion in prime funding forecast over the next decade," said Rockwell, "well ahead of second-tier firms such as BAE Systems and General Dynamics.”

This year Northrop has fallen to second in the future EW (electronic warfare) market, but has extended its lead over Raytheon for second place in EO, and retains near parity with Raytheon in radars. Northrop’s EO and radar futures are both heavily dependent on the success of JSF, rather than Raytheon’s much broader strength in these markets.

The Rest
BAE Systems will follow in fourth with $15.8 billion, less than one-third Northrop’s overall market, due primarily to its leading strength in EW (worth $12.5 billion).

Only two other primes will each earn about 2 percent of the total defense electronics market, with General Dynamics garnering $10.4 billion (2.8 percent), due almost entirely to a strong third place in the huge C4I market. L-3 Communications will round out the top six companies, with $6.8 billion (1.8 percent).

Five final companies will earn between 0.5 percent and about 1 percent of total prime market share: an ever-shrinking Exelis/ITT ($3.9 billion, down from fourth to sixth place in EW this year), Boeing ($3.1 billion, fifth in C4I), DRS Technologies ($3.0 billion, another shrinker, based on C4I and a weakening position in the legacy ground EO market), Telephonics ($2.1 billion, soldiering on to an uncertain future with its one-hit wonder, the $1.9+ billion AN/APS-147 radar program), and the innovative but recently stunted FLIR Systems, Inc. ($2.0 billion, fourth in the EO market, well behind the Big Three but still the best of the rest).

"Note that many companies, especially outside the Big Three,” said Rockwell, "will earn considerable additional funding as subcontractors."