Japan's Tsubame satellite, known for its ultra-low orbiting capabilities, has been recognized in the Guinness World Records as achieving the "lowest altitude by an Earth observation satellite in orbit," according to the Japan Aerospace Exploration Agency (JAXA). 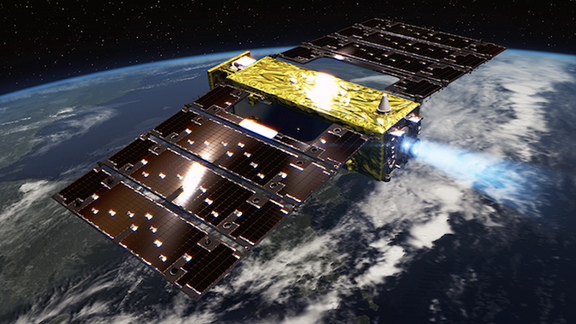 Artistic rendition of the Tsubame satellite.

Image is courtesy of JAXA. 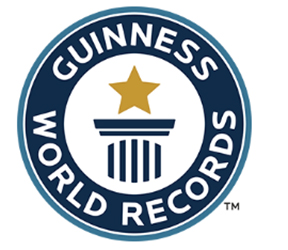 Using a combination of gas-jet thrusters and a special ion engine system designed by JAXA, Tsubame kept its record low altitude for seven days and captured high resolution images as well as collected atmospheric-related data. The satellite's ultra-low orbit enabled it to capture more detailed information on the Earth's surface, but required it to deal with more atmospheric resistance, JAXA explained.

At such a low altitude, the satellite will be exposed to "1,000 times more atmospheric resistance than those at usual altitudes and concentrated atomic oxygen that would accelerate the deterioration of satellite parts," the space agency here said.  JAXA also said that the materials it developed to ensure Tsubame would be able to withstand being exposed to atomic oxygen for lengthy periods, could help the future of satellite technology.

Masanori Sasaki, the Super Low Altitude Test Satellite project manager at JAXA, stated that the organization would like to make use of this achievement toward future science, technology and satellite utilization and contribute to helping solve as many social issues as possible.