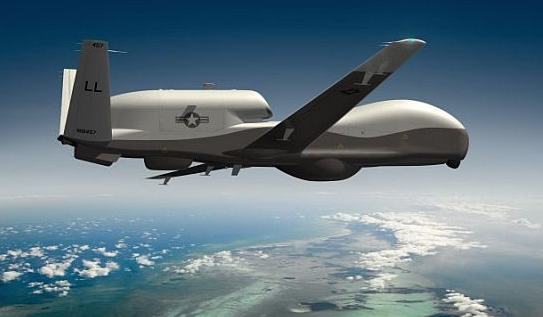 Compared with the Global Hawk, the Triton has a reinforced airframe and wing, de-icing systems, and lightning protection to enable it to descend through cloud layers to gain a closer view of ships and other targets at sea. It can track ships over time by gathering information on their speed, location, and type.

The Triton IFC 4.0 project seeks to upgrade the Triton UAV with multi-intelligence capabilities that include SIGINT, such that Triton IFC 4.0 UAVs could replace the Navy's fleet of EP-3 aircraft.

The EP-3 aircraft are based on the Lockheed Martin P-3 Orion four-engine turboprop airframe, and are scheduled to be retired in 2021. Much of the EP-3's mission and electronic equipment is secret and is conducted in high-threat areas where long-range standoff is necessary.

The Triton program is installing a SIGINT sensor payload with components from Boeing Argon ST in Fairfax, Va., and Sierra Nevada Corp. in Sparks, Nev. Navy plans call for delivering the IFC 4 version of the Triton UAV in 2021 to coincide with the Navy’s retirement of the EP-3.