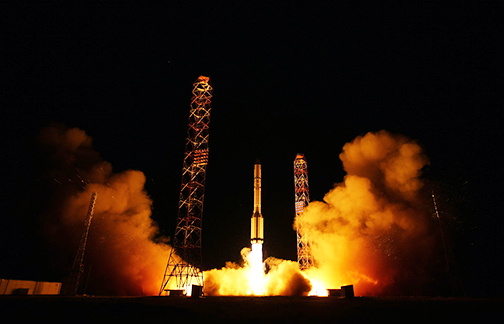 Photo is courtesy of Piotr Kovalev/TASS.

A Proton-M carrier rocket has placed into orbit a spacecraft that was a launched for the Russia’s Defense Ministry, a representative with the Defense Ministry told reporters on December 21, 2018.

"The heavy Proton-M carrier rocket that was launched at 03:20 Moscow time on Friday, December 21, at the stated time, from the Baikonur space center (Kazakhstan), has successfully put into orbit a spacecraft for the Russian Defense Ministry," the representative said.

The representative also noted that the launch of the rocket and the spacecraft entered orbit normally. After entering orbit, the satellite will be tracked by ground-based equipment of the space units of the Russian aerospace forces.