Without fuel, no one goes anywhere — well, this is not exactly true for satellites, as they do move, eventually, into the atmosphere of Earth, where they are cremated as they descend into the planet's atmosphere. 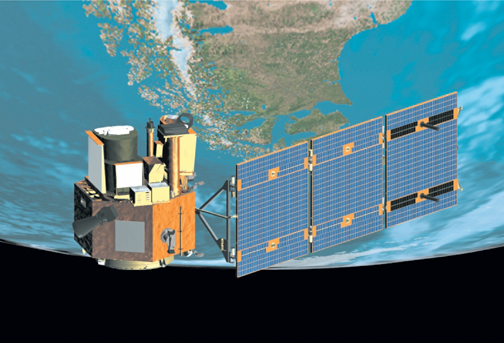 Such is now the future of NASA's EO-1 (Earth Observing-1) satellite after 17 years of faithful service.

Launched in November of 2000 as part of NASA's New Millennium Program, the satellite captured images of Earth and was also a new technologies testing platform. A first for the satellite was also the spacecraft's ability to control itself, so to speak, through the incorporation of autonomous software that allowed for less human intervention and also enabled EO-1 to trail behind the LandSat 7 satellite by about 60 seconds, communicating with one another to target various natural phenomena that ranged from fires, floods, volcanoes and more.

The performance by EO-1 opened the door for even better autonomous satellite piloting technology that was implemented in later satellites.

Frank Culbertson, the President of Orbital ATK’s Space Systems Group, the company that built this satellite, stated that the company is proud to mark this historic occasion with NASA partners and and celebrates the EO-1’s incredible 17 year journey. Serving as one of NASA’s pathfinder Earth satellites, EO-1 delivered thousands of high quality images providing valuable data for the science community that included scenes from the World Trade Center attacks, flooding in New Orleans after Hurricane Katrina and volcanic eruptions. All of these results validate the cutting edge satellite and instrument technologies that performed flawlessly and exceeded mission expectations.

EO-1, using two major observing instruments, Advanced Land Imager (ALI) and the Hyperion imaging spectrometer, has provided more than 92,000 images to date consisting of equal amounts of multispectral and hyperspectral imagery. These instruments allowed the EO-1 team to acquire high spatial resolution of events and natural disasters around the world. The Hyperion instrument also allowed scientists to see chemical constituents of Earth’s surface in fine detail with hundreds of wavelengths.

What is amazing regarding EO-1 is that here is a satellite that was projected to have a life of about one year — and 17 years later, the satellite continued to function without difficulty, until the fuel became exhausted. Now that's an ROI worth bragging about...