Iodine Impulse for Smallsats Demo'd On-Orbit by ThrustMe and Spacety 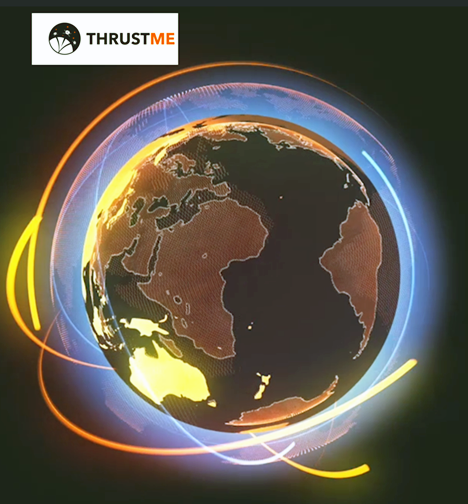 ThrustMe and Spacety have announced that the first propulsive operations have been conducted, and this milestone occurring just 15 days after the successful launch of the first ever, iodine-propelled smallsat.

After 10 days in orbit, Spacety managed to complete the on-orbit commissioning of the satellite and then it was time for the two companies to test the I2T5 cold gas thruster for the first time. 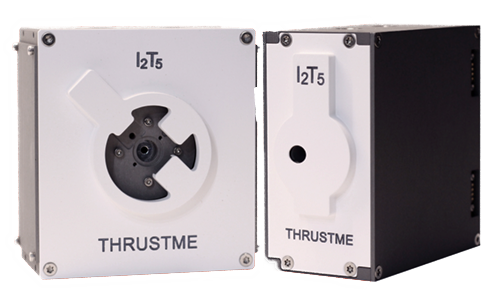 This thruster is a one-of-its-kind propulsion system, invented and developed by ThrustMe and, if successful, will open up a completely new area for the space industry; smallsats will finally be able to do propulsive operations and larger satellites will gain considerably in both complexity and cost of the propulsion system. 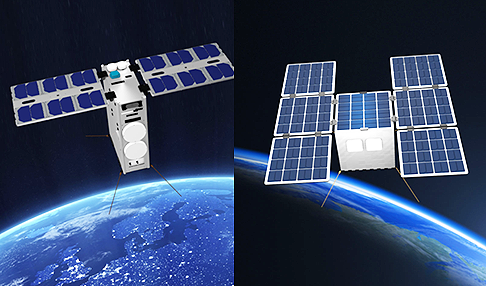 Artistic renditions of Spacety's TY I 6U smallsat (l) and the
TY II 27U platform on-orbit.

In the U.S., NASA together with established American companies and research institutions, have spent a decade together with millions of dollars trying to develop propulsion systems with iodine as propellant, as has ESA together with many of the larger European space corporates.

The first firing of the I2T5 was performed November 18, 2019, and had a duration of a few 10s of minutes. All subsystems reported correct operations and thus the commissioning of the thruster was successful. During the next firings, the thruster will perform exact orbital maneuvers.

Feng Yang, Founder and CEO at Spacety, said the company had planned to do the propulsive operations after all the other payloads had been fully tested, so in a two to three months’ time from now, but the firm didn’t have the patience to wait — it was just too exciting to test this historic system as soon as possible.

Dmytro Rafalskyi, CTO of ThrustMe, add that iodine has remarkable advantages compared to pressurized gases, but it has also new technical and quite difficult challenges. It is not straight forward — pressurized gas cannot simply be replaced with iodine and think that it will work. The company had to think outside the box and combined many fields of physics, chemistry and engineering to succeed.

Ane Aanesland, the CEO of ThrustMe, noted that the I2T5 is a cold gas propulsion system that the firm designed for cubesats; however, it is also a subsystem for the firm's ion electric propulsion product. This technology demonstration with Spacety is a big step for us — two birds with one stone.

James Zheng, VP of International Business at Spacety, noted that this was such a big opportunity for the firm, the company wanted to collaborate with Europe and, if possible, also with the U.S. Spacety is proud of what has been accomplished in such a short period of time. It took the firm eight months from signing the contract to launching the satellites, and then only 15 days in space to obtain the first successful data. Speed is something ThrustMe and Spacety have in common and for both parties this does not mean low quality or high risk.

Javier Martinez Martinez, lead flow dynamics engineer responsible for the I2T5 product development at ThrustMe, remarked that from the telemetry continuously transmitted by the I2T5, the company has already obtained insightful knowledge about electrical, thermal and propulsive behavior of the system. ThrustMe is delighted to now be able to analyze the first flight data and to start optimizing the models to further improve the performances of the system. This is extremely encouraging for ThrustMe to continue working on iodine.