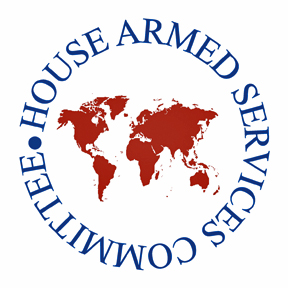 [SatNews] The House Armed Services Committee on Wednesday called on U.S. national security officials to report back on the threat posed by Russian satellite monitoring stations.

The panel approved the amendment, pushed by Rep. Jim Bridenstine, R-Okla., which would require the defense secretary, secretary of state and director of national intelligence to inform lawmakers about whether any Russian global navigation satellite ground monitoring stations threaten US national security facilities. The report, if included in the final version of the 2015 National Defense Authorization Act (NDAA), should spell out the location of any such sites, an assessment of any threats and plans to mitigate any such threats. The amendment was part of a block of GOP amendments to the Strategic Forces subcommittees’ version of the House NDAA.

Republicans and Democrats sparred over an amendment about increasing funding for efforts to dismantle some of America’s nuclear arms that had been offered by Rep. Loretta Sanchez, D-Calif. Her amendment was later killed by HASC’s Republicans. The same package included a requirement for the Air Force to deliver Congress a “collection plan to include the requirements of the new weather satellite program to avoid a gap in coverage,” according to a HASC summary of the package.

Notably, it included several amendments from Rep. Mike Turner, R-Ohio, a former Strategic Forces subcommittee chairman. He now chairs the Tactical Air and Land Forces subpanel. One of Turner’s amendments would require the Pentagon “deploy a system providing a short-range air and missile defense capability or terminal missile defense capability to Poland,” states the summary. Another Turner amendment orders the US defense secretary to examine the utility for NATO to establish a “center of excellence focusing primarily on nuclear deterrence.”

Rep. Rick Larsen, D-Wash., included a measure in that package requiring Navy officials to brief the full panel on “requirements and costs to maintain the capability to develop an advanced fuel [system] for nuclear propulsion.” Another Larsen amendment would require the defense secretary to brief the panel on funding needs for nuclear deterrence beyond a 10-year window.