Looking Forward to Looking Back ... SIA's Kudos to FCC Recognizing Importance of Satellites

Looking forward to looking back ... as the Satellite Industry Association (SIA) applauds the Federal Communications Commission (FCC) and Chairman Ajit Pai for recognizing the historic achievements of the satellite industry, the tremendous benefits satellites deliver to millions of Americans every day and the importance of maintaining America’s leadership role in space. 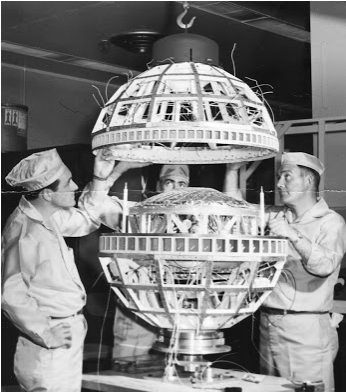 Reprint from the May, 1962, National Geographic Assembling Telstar at the Bell Telephone Laboratories

To put the importance of satellites into perspective, then-FCC Chairman Newton Minow famously told President Kennedy, “Communications satellites are more important than sending a man into space because they will launch ideas, and ideas will last longer than men and women.”

The Chairman went on to add, “To this day, satellites continue to deliver tremendous benefits for the American people.  So in November, during what we’ve dubbed Space Month, the FCC will take up nine items to ensure that America leads in the New Space Age, with an emphasis on cutting through the red tape.”

“SIA applauds the Chairman and the FCC for recognizing the vital importance of the satellite industry and for addressing a number of space related items during the November monthly meeting,” said Tom Stroup, President of the Satellite Industry Association.  “As the Chairman noted, satellites have provided Americans with critical services for more than five decades.  Thanks to significant advances in a number of satellite technologies, the industry is on the verge of entering into a New Space Age and SIA greatly appreciates the FCC’s initiatives designed to help ensure America’s continued leadership in space.”

A copy of FCC Chairman Ajit Pai’s “Space Month at the FCC” blog post can be found at the following link: https://www.fcc.gov/news-events/blog/2018/10/24/space-month-fcc