Bleak Future... Another Day in Arianespace's Strike and Now Indefinite Delay of Launch

European Space Agency, Arianespace, was forced to indefinitely postpone the launching of one of its Ariane 5 rockets this week due to strikes at the French Guiana Space Center where the rocket launches take place.

Employees of two companies and a local hospital have been on strike because of stalled salary negotiations and growing racist treatment by their Caucasian counterparts.

The growing strikes have prevented the Ariane 5 rocket from reaching the launchpad for its scheduled launch. Normally, rockets are assembled in one area before being transported to the launchpad.

The rocket is supposed to carry two communications satellites into orbit. One satellite is for the Brazilian government and the other is for South Korea. The launch was originally planned from Guiana Space Center for Tuesday, but Arianespace first pushed the launch to Wednesday, and then moved it again to Thursday because of the “social movement strikes.”

The strikers set up roadblocks made out of tires near the center, mostly by employees from Endel, the company that provides transportation for the space center, as well as by employees of energy company EDF and employees of a medical center in Kourou. The higher management of Endel was able to reach an agreement with its employees on Wednesday. 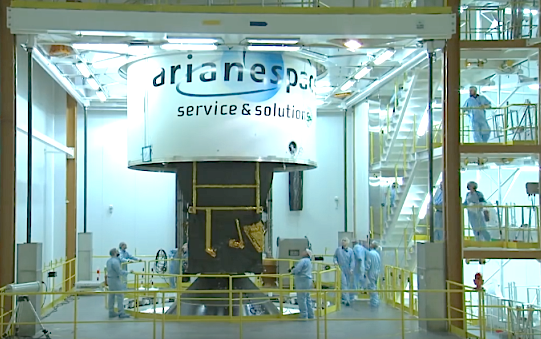 However, many of the roadblocks are still in place at the Guiana Space Center and the roadblocks even expanded on Thursday night. These caused some schools in the area to close on Thursday. Some of the employees for the space center had to be flown in by Friday just to get to work. Because of the growing strikes, Arianespace decided to put the Ariane 5 launch on hold with no exact schedule for a definitive launch date. Because of the evolving situation, no launch can be permitted nor a restart of operations for the Ariane 5 launch can be scheduled for now.

The space agency could not be reached for any comment on the situation and maintains that the satellites remain in a standby mode and are being maintained in fully safe conditions. Arianespace SA is a French multinational company and the world’s first commercial launch service provider. It was founded in 1980 and greatly contrasts with the usual space agencies for only a single country. The company serves as the launch service provider of the European Space Agency and is served by its European Union shareholders and suppliers.

The largest shareholder is France, followed by Germany, Italy, and Belgium, with the other EU members holding minority shareholdings. French Guiana is an overseas territory of France on the northeast coast of South America. The small French nation’s capital is Cayenne, with Kourou serving as another major town due to the presence of the French launch company, Arianespace. The nation’s population is a mere 250,377, with some 6 percent of the population being French Caucasian from European France.