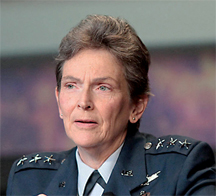 [SatNews] There's to be a new leader at the helm of the U.S.A.F.'s Space and Missile Systems Center (SMC), which is located at Los Angeles Air Force Base, should all proceed according to play. 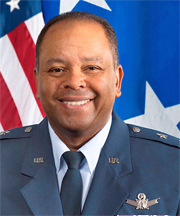 U.S.A.F. Major General Samuel A. Greaves, from MDA to SMC.

The current commander, Lieutenant General Ellen Pawlikowski, will be moving in as the assistant secretary of the Air Force for acquisition at the Pentagon, should her nomination be approved by the Senate. Having led SMC since mid-2011, she has been described as a sterling leader by none other than the commander of Air Force Space Command, General William Shelton. Lt. Gen. Pawlikowski also served as the deputy director of the National Reconnaissance Officer (NRO) from 2008 through 2010. She will be nominated to gain rank to that of Major General.

Being recommended to take her place at SMC is the current deputy director of the Missile Defense Agency (MDA), Major General Samuel Greaves, who will be additionally nominated for promotion to the rank of Lieutenant General.

The Senate must confirm both of these nominations.