NASA's OSIRIS-REx To Tame An Astroid 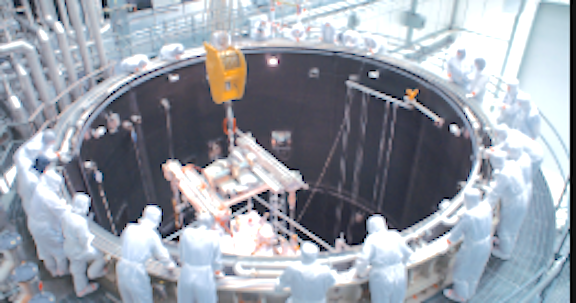 The possibility has been the subject of movies and books, and now NASA has plans to engage and return with a sample for the US.

In less than a month, NASA will launch the first US spacecraft destined to rendezvous with, study and return a sample of an asteroid, which will yield the largest sample returned from space since the Apollo era.

The Origins, Spectral Interpretation, Resource Identification, Security-Regolith Explorer (OSIRIS-REx) spacecraft, approximately the size of a sport utility vehicle, will launch September 8 from Cape Canaveral Air Force Station in Florida on its mission to study, in detail, an asteroid called Bennu. The mission represents a valuable opportunity to learn more about the origins of our solar system, the sources of water and organic molecules on Earth, and the hazards and resources in near-Earth space.

The OSIRIS-REx spacecraft is traveling to Bennu, a carbonaceous asteroid whose regolith may record the earliest history of our solar system. Bennu may contain the molecular precursors to the origin of life and the Earth’s oceans. Bennu is also one of the most potentially hazardous asteroids, as it has a relatively high probability of impacting the Earth late in the 22nd century. OSIRIS-REx will determine Bennu’s physical and chemical properties, which will be critical to know in the event of an impact mitigation mission.

Finally, asteroids like Bennu contain natural resources such as water, organics, and precious metals. In the future, these asteroids may one day fuel the exploration of the solar system by robotic and manned spacecraft.