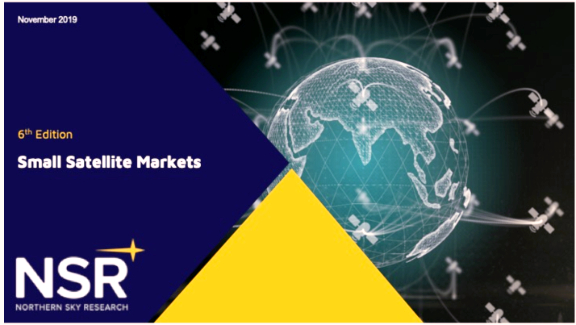 The start of a new decade is a perfect time to take stock of the dynamic state of the launch industry.

The previous decade saw much in the way of exciting changes and technological developments, accelerated by an environment of high competition. The industry experienced a decline in launch prices, which in turn lowered the barrier of entry for small satellite operators. SpaceX’s Smallsat Rideshare Program announced in late 2019 seems to have set the bar for lowest market prices in its class, but does it represent Goldilocks pricing – not too high, not too low, just right – to become the ideal option for the industry in the decade to come?

NSR’s Small Satellite Markets, 6th Edition forecasts more than 8,100 smallsats to be launched in the period between 2018 and 2028. This number represents demand from both constellation and non-constellation satellites in mass ranges below 500 kg. to be launched via a growing number of launch programs and vehicles currently and soon-to-be available on the market.

The latter part of the last decade saw a huge surge in interest and excitement in dedicated small satellite launcher development around the world that looked to address demand in this small satellite mass category. These developments are the consequence of high variance in satellite mission needs, and market demand is (and will continue to be) distributed among existing and emerging launch actors.

However, most of the new small launchers are still in development and arguably will not survive to see their first orbital launches, due to the capital-intensive and exceptionally long development cycles. High competition from already existing launch actors such as SpaceX and Arianespace work against the market potential for these actors, especially due to higher pricing generally associated with dedicated small launchers.

Despite being a young industry, the space industry has matured to a point where a low price is not the sole deciding factor in choosing a launch, especially where other options are available; specific mission needs may still overrule the attraction of the cheapest launch price. For example, for a full deployment of a cubesat constellation, a smallsat operator may choose to forego a rideshare launch in favor of a launch via a dedicated small launcher, where it is able to call the shots and does not depend on schedules of its co-riders; however, for smaller replenishments of the same cubesat constellation, the rideshare launch would make for a more attractive option even without the extra flexibility. This give-and-take is one of the reasons why some smallsat operators will choose other launch options available over the attractive sticker price of SpaceX’s Smallsat Program. Bottom Line

Compared to other launch options currently available, SpaceX’s accelerating launch cadence, price far below market rate, and solid reliability and performance capabilities make its Smallsat Program an easy choice for missions that fall within the offered target criteria. Full deployments of Cubesat constellations, small replenishments of smallsat constellations, or one-off and small cluster missions of other LEO-bound smallsat missions can take advantage of this low-priced offer.

However, for missions outside of this set of target criteria, or ones that have custom requirements, they will look at other options available on the market such as dedicated smallsat launch vehicles and other options at a variety of price points. Even if SpaceX presents an interesting price and may swing some operators in their direction, it will not become the yardstick for the industry at-large given the wide-ranging requirements of the entire industry — a one-size-fits-all solution at a Goldilocks price point does not exist today, nor will it in the future.