LeoLabs, Inc. has announced a broad-based agreement to build their next space radar in New Zealand.

This establishes New Zealand as the site for the first radar of its kind in the Southern Hemisphere. As the third radar in LeoLabs’ network, this radar will be the first to track debris as small as 2 cm. in LEO.

The company also announced an agreement with New Zealand’s Ministry of Business, Innovation and Employment (MBIE) to promote the creation of applications and services that enhance New Zealand’s contribution to the space industry. In addition, LeoLabs announced that the New Zealand Venture Investment Fund (NZVIF) participated in LeoLabs’ recently completed Series A round of financing. 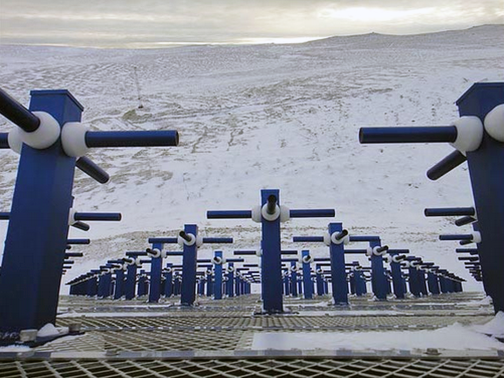 Against this backdrop is the risk to satellites and astronauts posed by space debris, especially from the estimated 250,000 dangerous objects, which are untracked today.

LeoLabs’ announcement is ground-breaking in two respects. First, establishing a unique presence in the Southern H emisphere enables LeoLabs to more accurately track objects and provide earlier notification of important events in space. Second, the phased array radar LeoLabs intends for New Zealand will be capable of tracking objects as small as 2 cm. and able to address 95 percent of the risk that has never been tracked.

Dan Ceperley, the LeoLabs CEO, said that New Zealand is a multi-decade strategic decision for the company. The threats posed to a viable LEO economy and a sustainable space environment escalate with every launch. Our goal is to build out the LeoLabs global space radar network at a pace to match that threat. New Zealand represents the ideal location and partner to take that next step forward. The New Zealand LeoLabs radar represents the future of commercial SSA and the company is pleased with the support of the government here as well as the future prospects for engaging the New Zealand space community.

Dr. Megan Woods, New Zealand’s Minister for Research, Science and Innovation, added that Australia is thrilled to welcome LeoLabs to New Zealand to be part of the nation's Innovative Partnerships program, which is all about helping future-focused companies collaborate, innovate and connect here in New Zealand. LeoLabs and the MBIE, which leads the Innovative Partnerships program, have now signed a Memorandum of Understanding (MOU) that includes LeoLabs’ commitment to locate the firm's next debris tracking space radar in New Zealand. The MOU also expresses a mutual aspiration to expand New Zealand’s capabilities in space-related R&D. New Zealand’s history is all about the nation's ability to innovate and be at the forefront of change — the flourishing space industry is absolute testament to that and Australia welcomes companies such as LeoLabs to New Zealand that share this vision.