A New EO Constellation Is To Be Born Via UrtheCast, Surrey Satellite Technology + ElecnorDeimos Space 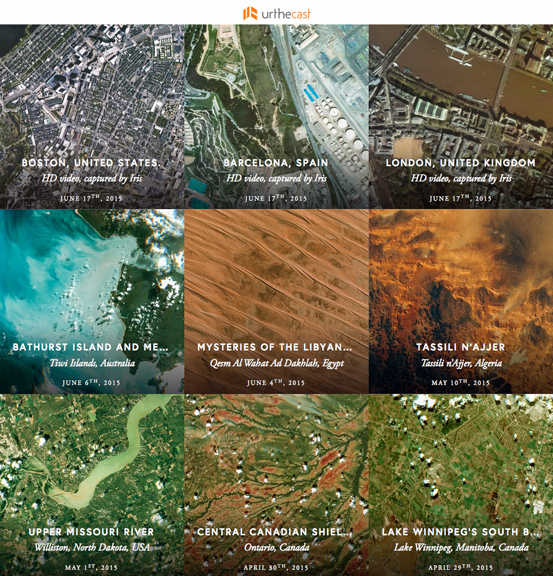 [SatNews] UrtheCast Corp. (TSX:UR) (“UrtheCast” or the “Company”) has revealed their plans to build, launch and operate the world’s first fully-integrated, multispectral optical and Synthetic Aperture Radar (SAR) commercial constellation of Earth Observation (EO) satellites (the “Constellation”), to be deployed over multiple launches expected in 2019 and 2020.

The Constellation is expected to be comprised of a minimum of 16 satellites (8 optical and 8 SAR) flying in two orbital planes, with each plane consisting of four satellite pairs, equally-spaced around the orbit plane.  Each pair of satellites will consist of a dual-mode, high-resolution optical satellite (video and pushbroom) and a dual-band high-resolution SAR satellite (X-band and L-band) flying in tandem.

The Constellation will provide what UrtheCast anticipates to be unmatched space-imaging capabilities, including high collection capacity, optical and SAR data fusion, weather-independent high-resolution imaging using the SAR, target revisit, and imaging latency. By flying the satellites in tightly-paired SAR and optical tandem formations, the Constellation is expected to offer a number of innovative capabilities, including onboard real-time processing, cross-cueing between the satellites, and real-time cloud imaging on the leading SAR satellites that enables cloud avoidance in the trailing optical satellites. By employing two orbital planes, the Constellation will allow for maximum revisit rates in the mid-latitudes, while providing the Company with global coverage extending to the poles.

UrtheCast has entered into MOUs with multiple customers and partners, including an MOU from a confidential customer to provide US$195 million of funding for the Constellation during the build phase of the program (expected to be 2016-2020). As these MOU’s are successfully converted to binding definitive agreements, these customers will provide further support and funding for the Constellation. The Company plans to disclose further technical, operational and financial details with respect to the Constellation as the material aspects relating to the build, launch and operation of the satellites are formalized with additional customers.

UrtheCast’s President and COO, Wade Larson, said, “We’ve been working on the Constellation for over a year now and we’re delighted by the market reception we’ve had. We’re confident that the Constellation will bring an entirely unique dataset to this industry and, frankly, given the response we’re getting around the world, our customers agree."

“UrtheCast’s Strategic Industrial Partners:  SSTL (UK) and ElecnorDeimos (Spain). UrtheCast’s strategic implementation partner for the satellite design and build is UK-based Surrey Satellite Technology Ltd. (SSTL), which is owned by Netherlands-headquartered Airbus Group SE. Luis Gomes, Director of Earth Observation for SSTL, said, “The design of the Gen-3 constellation is the culmination of a considerable effort on the part of both companies over the past year, working in very close partnership. As strategic partners in this venture, we see this initiative as a perfect marriage of the strengths of both SSTL and UrtheCast.”

Surrey Satellite Technology also released the following information regarding their involvement in the UrtheCast constellation project.

SSTL will design and build the satellite platforms as well as the high resolution optical imagers.  Building on SSTL’s credible knowledge and experience in designing constellations, which include RapidEye, the Disaster Monitoring Constellation and more recently DMC3 and Formosat 7, the ‘design for manufacture’ approach to Generation 3 will provide a common platform to accommodate both optical and radar payloads. The mission will be designed for multiple-launch, leveraging SSTL’s expertise in working with low cost launch providers.

Patrick Wood, SSTL Group Managing Director, said, “The dual optical/radar constellation created by UrtheCast will be a game changer for the Earth Observation market. SSTL is ideally placed to design and build the UrtheCast satellites, having made a substantial investment in new automated production facilities geared to constellation manufacture. As strategic partners in this venture, we see this initiative as a perfect marriage that exploits SSTL’s satellite manufacturing capacity and UrtheCast’s downstream data services.”

Wade Larson, President of UrtheCast, said, “We are very impressed with SSTL’s demonstrated ability to design and build complete space solutions tailored to customer needs. Of significance is the experience gained by SSTL through the design and build of NovaSAR, which has established SSTL as the world leader in affordable SAR solutions and makes them uniquely qualified to manufacture UrtheCast’s cutting edge dual band SAR design. SAR will be a key component of our constellation.”

NovaSAR is an innovative platform being built by SSTL under a UK Government grant and provides a new benchmark in affordability and performance for responsive spaceborne radar.

The Company’s Guildford UK facilities have the capacity for batch-build and a unique automated test capability for greater manufacture efficiency. Earlier this month, six spacecraft were shipped for international customers and a further 11 satellites are under manufacture.

This agreement follows an earlier contract placed on SSTL by UrtheCast for the provision of an optical imager to be installed on the International Space Station.