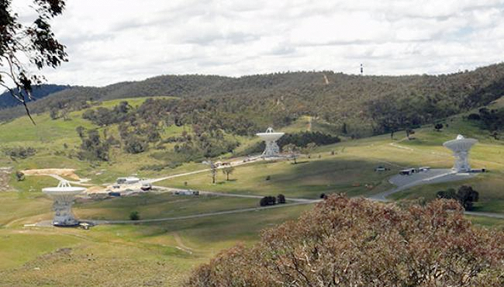 A giant satellite antenna which could be used to track and communicate with manned space flights to Mars was launched Thursday near the Australian capital of Canberra.

The DSS36 antenna was unveiled at the Canberra Deep Space Communications Complex at the Tidbinbilla tracking station. Built by NASA at a cost of $92 million, the device is the second one of its kind at the complex and forms part of the US space agency's Deep Space Network, which has similar research centers in California and Spain.

Though the antenna was officially launched Thursday, the unit has been operating for several weeks and has assisted in more than 40 space missions. The antenna is 34 meters wide and a staff of 20 is required for operations.

According to Glen Nagle, Education and Public Outreach Manager at the Canberra complex, close work with colleagues at the sister stations in the United States and Spain provide this 24-hour coverage of the entire universe.  This new antenna does offer additional capabilities to be able to array with other dishes in order to combine their power to look at spacecraft even further away... and across higher frequencies as well.

Nagle envisions the antennae as aiding with communications in NASA missions to the Moon, Mars and even robotic missions to Europa, one of Jupiter's moons which is believed to posses a subterranean water ocean.

This article's is sourced and is courtesy of Australia's I4U News