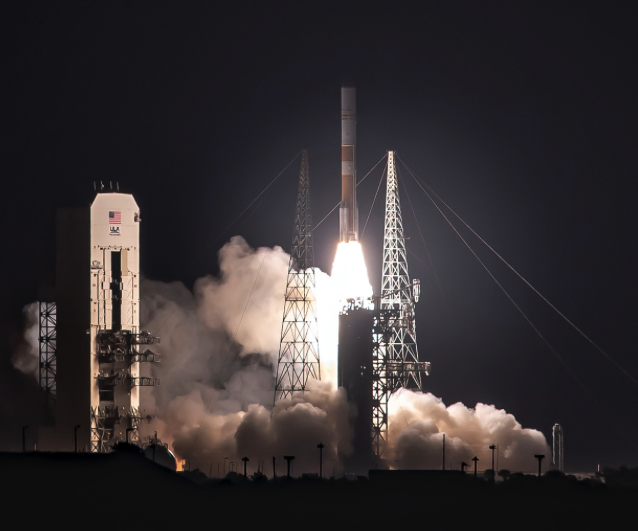 Earlier this week an issue that caused a slight delay in the launch date had been taken care of and proceeded smoothly until today when United Launch Alliance's (ULA) Delta IV rocket carrying the tenth Wideband Global SATCOM (WGS) satellite for the U.S. Air Force lifted off from Space Launch Complex-37.

The following is an announcement from ULA after today's successful launch followed by information regarding the mission and launch notes ...

“We are very proud to deliver this critical asset to orbit in support of the U.S. and Allied warfighters deployed around the world defending our national security,” said Gary Wentz, ULA vice president of Government and Commercial Programs. “Thank you to the entire ULA team and mission partners for their outstanding teamwork and dedication to mission success.” 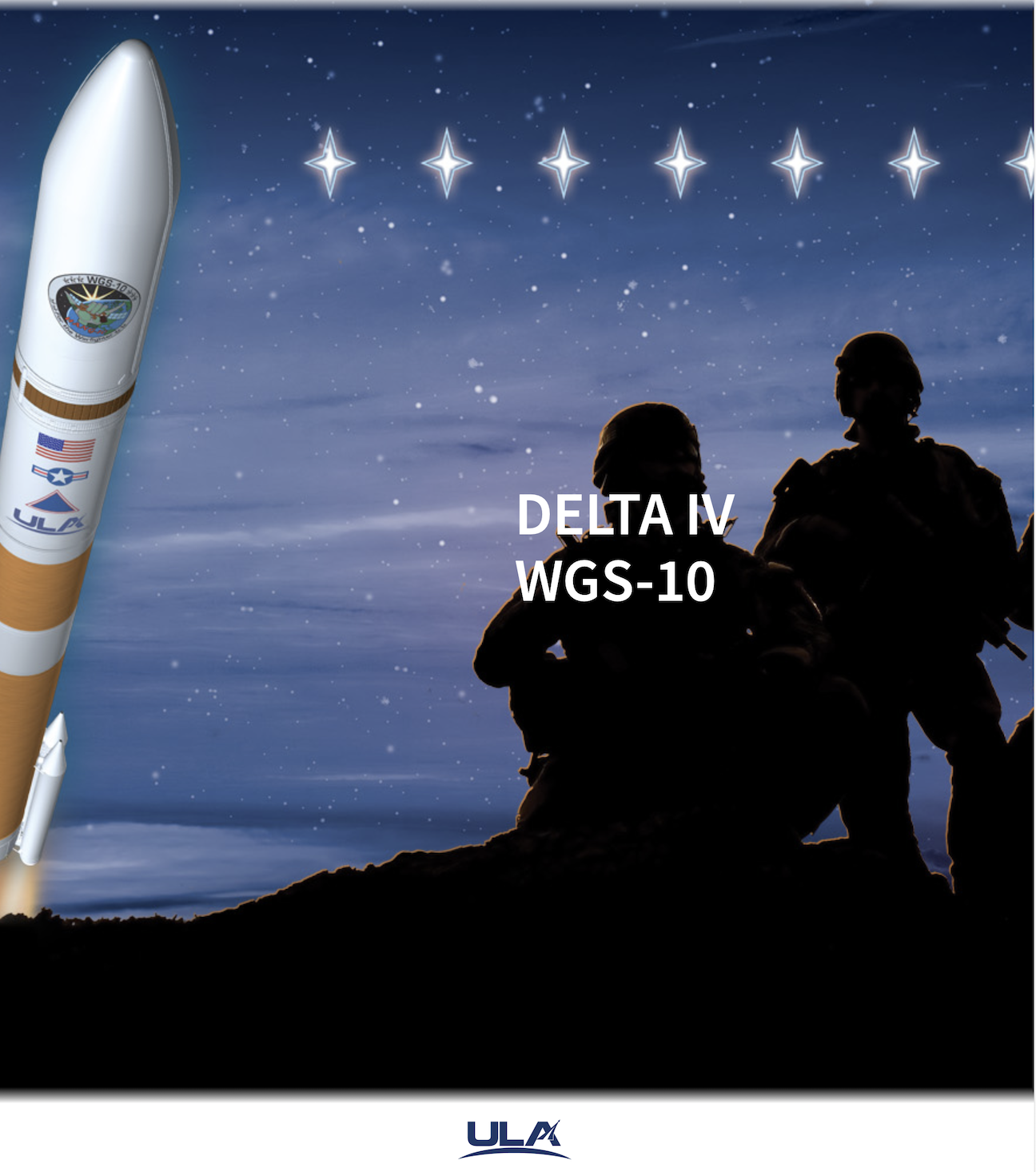 This mission launched aboard a Delta IV Medium+ (5,4) configuration vehicle, built in Decatur, Alabama, including a 5-meter Payload Fairing and standing at 218 feet. The common booster core for Delta IV was powered by the RS-68A engine, and the Delta Cryogenic Second Stage was powered by the RL10B-2 engine, both supplied by Aerojet Rocketdyne. Northrop Grumman provided the four solid rocket motors. At liftoff, the main engine and four solid rocket motors comined to produce approximately 1.7 million pounds of thrust.

To date ULA has a track record of 100 percent mission success with 133 successful launches.

About ... The 10th Wideband Global SATCOM (WGS-10) satellite, the fourth Block II follow-on satellite, supports communications links in the X-band and Ka-band spectra. While Block I and II satellites can instantaneously filter and downlink up to 4.410 GHz, WGS-10 can filter and downlink up to 8.088 GHz of bandwidth. Depending on the mix of ground terminals, data rates and modulation and coding schemes employed, a single WGS satellite can support data transmission rates over 6 Gbps, and WGS-10 with its advanced digital channelizer may support over 11 Gbps. 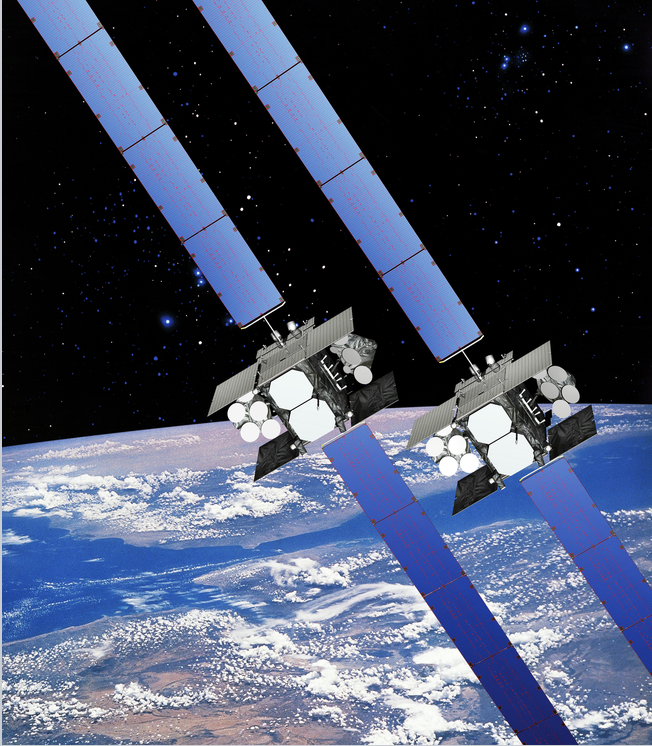 Illustration of the WGS satellites in its two configurations, known as
Block I (left) and Block II (right)

This will mark the second to last flight of the single-stick Delta IV rocket that is being phased out in favor of ULA’s Atlas V and Vulcan vehicles that are more cost-effective; Delta IV Heavy will continue flying into the 2020s with assurance of the extra hardware established before production ended.

Five globally-located Army Wideband SATCOM Operations Centers provide 24/7 payload monitoring and command and control of the WGS constellation. Each Global Satellite Configuration and Control Element has the capability to control up to ten WGS satellites at a time.

Spacecraft platform control and anomaly resolution is accomplished by the 4th Space Operations Squadron at Schriever Air Force Base in Colorado Springs, Colorado.