The Department of Defense (DoD) has announced the selection of an academic team comprised of researchers from the U.S. and United Kingdom for the Bilateral Academic Research Initiative (BARI). 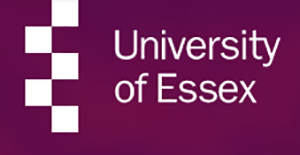 BARI is jointly sponsored by the Basic Research Office in the U.S. Office of the Secretary of Defense and the U.K. MOD. The project will be managed by subject matter experts from a joint service team from the Army Research Office, Air Force Office of Scientific Research, and Office of Naval Research as well as from the U.K. Defense Science and Technology Laboratory.

Dr. Bindu Nair, the Deputy Director for Basic Research, said that the awarded team has proposed an innovative approach to create novel frameworks for humans and machines to be effective, collaborative teammates. In addition to its scientific potential, this team also represents an important collaborative effort in the long tradition of U.S.-U.K. partnerships.