Journalist Chris Forrester has posted an article at Advanced TV focusing on Elon Musk’s SpaceX Falcon ‘Heavy’ rocket (in essence, a Falcon 9 with two additional strap-on boosters) first flew in February 2018 with a maiden flight from Cape Canaveral — you may recall that rocket carried a Tesla ‘Roadster’ into space. The reusable Falcon Heavy is currently the world’s most powerful rocket, in terms of payload capacity. 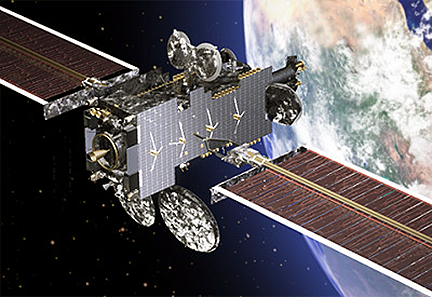 Unconfirmed reports now state that the rocket’s next flight, and its first commercial effort, will happen around mid-January when it is expected to carry two Middle East satellites into orbit, including Arabsat 6A.

The overall Arabsat mission is officially operated by the Saudi Arabia-based King Abdulaziz City for Science & Technology and is comprised of three separate components. First, is Arabsat 6A. The second is the joint HellasSat-4 (wholly-owned by Arabsat) and SaudiGeoSat-1 satellite.  The contract was signed in January of 2015. The satellites were built by Lockheed Martin.

Arabsat 6A will operate from 30.5 degrees East, while HellasSat/SaudiGeoSat will work from 39 degrees East.

Additionally, Chris is reporting that Arqiva, a major facilities, playout and satellite teleport operator, is exiting its playout business.

The company says it will be ‘business as usual’ for the near-future, but following a review of its Satellite & Media division, says it will not be renewing existing contracts with customers.

“We will gradually seek to exit playout and reposition our Occasional Use (OU) business, moving away from the uplink and distribution of events via satellite,” said Arqiva in a statement. “We will continue to operate in the live events space as a managed service provider and will be focusing our efforts on services that ensure content acquisition, contribution and distribution (including OTT and VOD). More broadly, we also see growth in our satellite data communications business.”

Arqiva’s statement said there would be no immediate redundancies and that its existing clients were aware of the company’s plans.

Arqiva refinanced some £600 million of borrowing earlier in 2018. The company operates around 1,150 TV transmission sites in the UK as well as a further 1,500 radio transmission sites. Arqiva looks after about 8,000 telco cellular sites and also accesses more than 40 satellites from 80 uplink dishes from the firm's five teleports.  In its most recent Annual Report, Arqiva said the company manages the distribution of 1,100 international TV channels.