Orbex, the UK rocket-builder selected to launch from the new UK spaceport at Sutherland in the Scottish highlands, is announcing that they have secured investment from Elecnor Deimos, and that Orbex will also become the preferred supplier for all Elecnor Deimos satellite launches. Bart Markus, Orbex’s Chairman said that there is a quiet revolution taking place, thanks to small satellites. 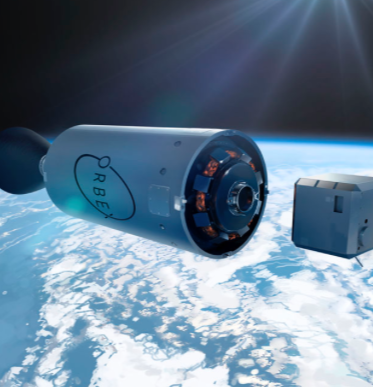 Following the announcement of Orbex’s £30 million funding round for the development of an orbital space launch system, Elecnor Deimos and Orbex have revealeded that the two companies have strengthened their relationship as Elecnor Deimos has acquired a stake in Orbex; and both companies have signed a strategic agreement, building on previous collaborations between the two companies when successfully bidding together in UK and international tenders.

Under the terms of the agreement, Orbex will become the preferred supplier of all launch services required to place Elecnor Deimos satellites into orbit.  Elecnor Deimos will likewise become the preferred supplier of various critical launch systems required to develop and operate the Orbex launcher system, including the Guidance, Navigation and Control (GNC) system.

Recently emerging from stealth mode, Orbex is a UK-based spaceflight company, with subsidiaries and production facilities in Denmark and Germany.  The company is constructing a completely re-thought and re-designed orbital launch vehicle, called Prime, to deliver small satellites into Earth’s orbit. The Prime launcher has a novel architecture that eliminates the fundamental mass challenge of small launchers. Prime launchers are up to 30 percent lighter and 20 percent more efficient than any other vehicle in the small launcher category, packing more power per cubic liter than many heavy launchers. Orbex will launch orbital vehicles from the newly-announced UK Vertical Launch spaceport in Sutherland in the Scottish Highlands as part of the main consortium.

Elecnor Deimos will contribute with its expertise to the development of the Orbex launcher in areas including:

Chris Larmour, Orbex CEO said that Orbex's partnership with Elecnor Deimos is significant for them on a number of levels.  It demonstrates that as well as technological maturity, they have achieved a milestone in business maturity, where they are already in a position to become the preferred launch partner for an organization as significant as Elecnor Deimos.  It also helps them maintain their accelerated pace of development, as they are able to incorporate tried-and-tested critical launch systems from Elecnor Deimos ranging from navigation to ground and mission control systems.

Miguel Belló Mora, CEO, Elecnor Deimos commented that the huge potential of Orbex quickly became clear to Elecnor Deimos, which is why they became both an investor in the company as well as a strategic partner.  By using a number of their advanced navigation and mission support systems, Orbex is leaping ahead in its ability to safely and efficiently execute small satellite launches in the near future.  This in turn helps Elecnor Deimos as it gives them access to innovative and efficient launch vehicles, which will be launching from several sites within Europe.

The smallsat launch market is projected to grow strongly to around $60 billion between 2018-2030, with a strong shift towards more international satellite operators. More than 30 commercial consortia are currrently building smallsats constellations, with almost 12,000 satellites expected to be launched by 2030. Each satellite has a life expectancy of three to five years, creating a strong ongoing demand for upgrade and replenishment.

Bart Markus, Orbex’s Chairman said that there is a quiet revolution taking place, thanks to small satellites.  Smallsats are now able to perform a huge range of tasks at very low cost, making them a smart choice for satellite operators both commercially and logistically.  But there is currently a huge bottleneck in getting them delivered into orbit, which means that satellite operators’ revenues are being delayed.  With Orbex, international smallsat operators now have access to a new class of launch service which which was designed exclusively to serve their needs.  They intend to relieve the smallsat bottleneck so that satellite operators have a reliable, long-term solution for orbital access.