RUAG Space Has Contributed to Successful Ariane 5 Launches ... and Then There's Tomorrow's 100th

RUAG Space through the years has contributed to successful Ariane 5 launches with their payload fairings. That is why RUAG will be ready to celebrate with the upcoming milestone after tomorrow's 100th mission of Ariane 5.

Tomorrow, the 100th mission of Ariane 5 is set to launch. RUAG Space has delivered 244 payload fairings for the European prime industrial lead contractor ArianeGroup so far, and will also manufacture the fairings for the planned Ariane 6 launcher. 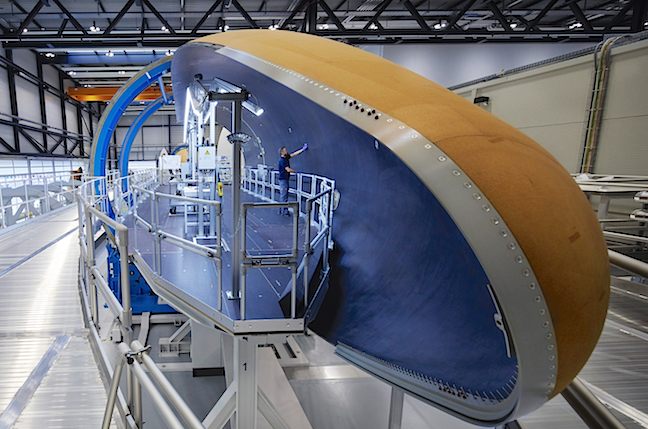 Up to 17m in length, a payload fairing makes up about a third of the structure of an Ariane 5 launch vehicle. It is located on the upper part of the rocket and consists of two half-shells. These composite structures protect the payload — mostly satellites — from environmental influences during takeoff and flight through the Earth's atmosphere. At about 120km altitude, the half-shells are separated from each other and from the rocket in a precisely controlled process.

RUAG Space has been delivering payload fairings for European launch vehicle programs such as Ariane and Vega since the 1970s and is currently also developing the fairing for the future Ariane 6 rocket. Peter Guggenbach, RUAG Space CEO said that if you look at the rocket’s structure, it is the complete upper third that is made by RUAG Space. Thus, this company already plays an essential role in European space activities.

In addition to the payload fairing, electronics products from RUAG Space will also be on board at the planned launch on September 25. The space company will also supply the on-board computer, the "brain" of the rocket, and the launcher telemetry antenna, made at its Swedish site.