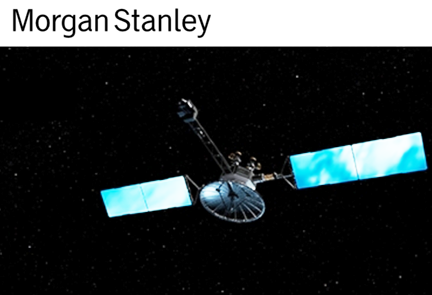 On December 11, the 2nd Annual Morgan Stanley Space Summit in New York was in session — this event included participation from a range of private and public space companies, regulators and investors, with discussions centered on national security, Earth Observation (EO), launch, broadband, as well as hypersonic transport.

Here are Morgan Stanley's high level takeaways from the event:

Here are some key milestones and catalysts that Morgan Stanley expects to develop in the year ahead:

Virgin Galactic (SPCE, OW, $22)
Following the company's initiation of SPCE earlier this week, the firm hosted the CEO, George Whitesides, for a fireside chat. The conversation revolved around the commercial launch, the potential for hypersonic P2P travel, and milestones ahead.
Starting with Phase 1, the company noted its use of existing technology and architecture (X-15 in 1960s), thus supporting its 2020 commercial launch. As it relates to Phase 3, the company sees the long-haul premium market today at ~$300-400B (MSe $800B in 2040) and expects it to reach $500B in the next 5-10 years. Moreover, the company believes the technology from Space Tourism, such as the use of lightweight structures going through heavy reuse, maintenance / operability at rate, and guidance / navigation experience will support its Phase 3 efforts. That said, work needs to be done on the areas of ceramic composites and propulsion, where the latter is a long-lead item.
Lastly, SPCE reiterated expectations for a commercial operations launch in 2020 with the scaling efforts materializing in 2021.