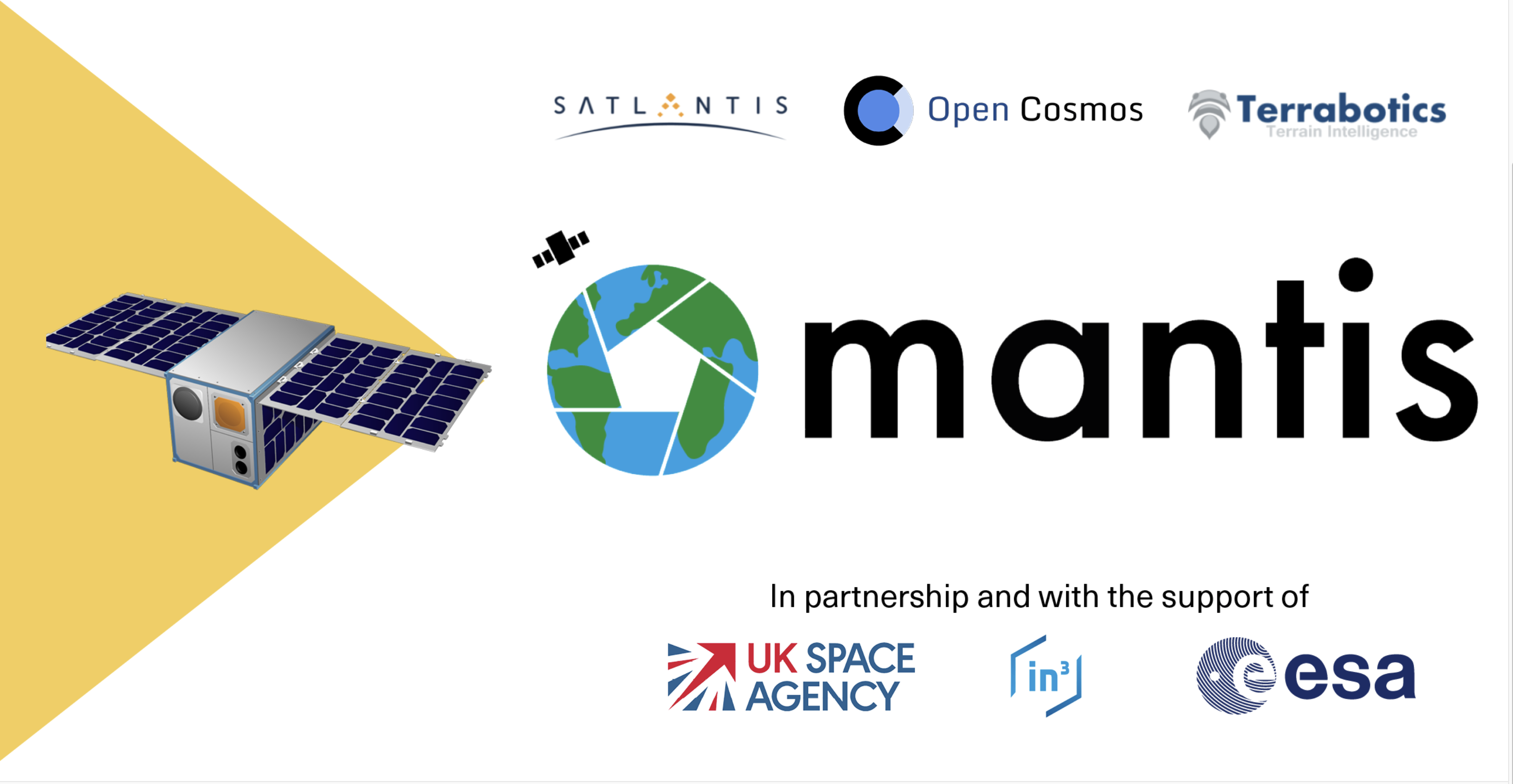 Open Cosmos envisions this MANTIS satellite to be the first of an aggregated constellation operated by Open Cosmos where customers will have access to diverse types and volumes of information depending on the number of satellites contributed to the constellation. This will enable organizations of all sizes and sectors to not only leverage their own space infrastructure (developed and managed by Open Cosmos) but also benefit from additional datasets and services from satellites that Open Cosmos manages and operates for others.

The project, funded under the UK Space Agency contribution to the ESA InCubed program, brings together the expertise of three space companies. Open Cosmos from the UK will provide the design, manufacturing, testing, launch and operation of the mission based on a new generation 12U spacecraft platform; Satlantis from Spain will build the high spatial resolution camera; while Terrabotics from the UK will use its novel data analysis to satisfy the needs of their energy and mining customers.

This first MANTIS satellite is particularly suitable for applications in the energy and mining sector. Companies in these sectors are increasingly carrying out more complex and expensive projects in search of resources, where up to 60 percent can be found in more remote, hostile and hazardous regions around the world. In addition, two thirds of major projects fail (i.e. over-budget or delayed) due to unforeseen risks and hazards as a result of inadequate upfront due diligence, planning and prior knowledge of the challenging operating environments. Actionable intelligence is of key importance and highly needed to be able to increase safety, be able to better plan and mitigate the risks of projects run by these industries.

The MANTIS satellite will address these challenges with periodic statistics reports on activity in the regions of interest, computed through the latest data processing and machine learning techniques on top of other data sets, such as Copernicus. The satellite will obtain images to feed these data processing algorithms in a revisit pattern that is optimized for specific areas of interest. The high resolution of these images will be complementary to lower resolution data that is already available from the Copernicus program.

Rafel Jordá Siquier, founder and CEO of Open Cosmos commented that Open Cosmos is very excited to work on this next generation Earth Observation satellite. This project shows that bringing together the best specialists in their fields, in this case Open Cosmos, Satlantis and Terrabotics, leads to great technical performance improvements of Earth Observation platforms, while at the same time significantly reducing time to orbit, complexity and cost of these systems.

Gareth Morgan, CEO of Terrabotics  stated that they are thrilled to be a part of the MANTIS mission. It is very exciting for them to have the opportunity to collaborate with the entire consortium on the development of an innovative, vertically integrated Earth Observation solution for application to the natural resources industry.

Juan Tomás Hernani, CEO of Satlantis  concluded that MANTIS is a major breakthrough to provide new cubesats with very high resolution native multispectral Earth Observation technology, delivering fast projects that will empower customers with real-time performance. Ecosystems proposals like Satlantis/Open Cosmos/Terrabotics is the new way that the sector responds to the GeoInformation needs of industry.”