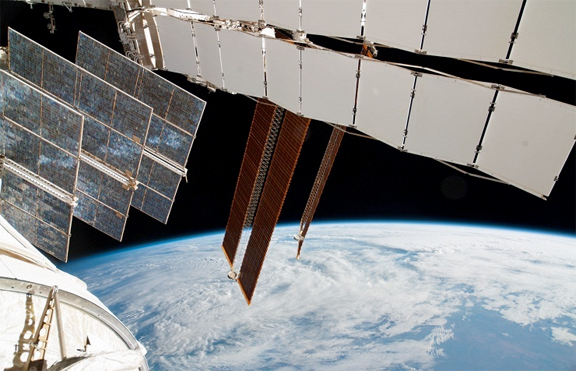 The cosmonauts released a Russian CubeSat from ISS.

Photo of ISS is courtesy of NASA. 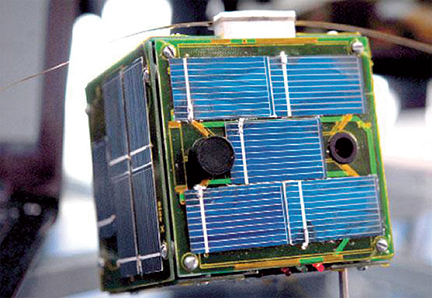 Artemyev and Skvortsov will assemble the scientific instrumentation for the Expose-R experiment, take a swab from a porthole under the Test experiment, remove panels of the Endurance experiment and the third container of Biorisk one, and photograph the shield vacuum insulation on the surface of the orbital station. The cosmonauts will then carry out a number of other technical operations. 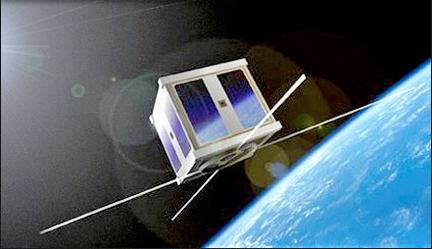 Artemyev launched the Russo-Peruvian Chasqui-1 CubeSat while standing on an external ISS access ladder. The cosmonaut told a pre-flight news conference that the process of launching the satellite by hand had been thoroughly tested on the ground. "The operation is simple enough: when we egress into the open space, Aleksandr will hand the satellite over to me and I shall let it float," Artemyev related.

"Chasqui" means " messenger" in the language of Peruvian Indians. The spacecraft, developed by the students of the (Russian) city of Kursk and Peru over a period of three years, is 10 by 10cm in dimension and weighs one kilogram. Various information has been threaded into the satellite's memory. The CubeSat includes children's drawings which, as a message to extraterrestrial civilizations, will be broadcast into open space. The launch of the satellite will be tracked from the ground. A special antenna will be receiving telemetry data fed into the memory of the Chasqui-1. The satellite will be monitored daily via four sessions a day for six months.