As Mr. Clayton Mowry, who directed the Washington office of Arianespace for 15 years, is leaving the company to pursue a new opportunity in the space sector at Blue Origin, a new position of President of Arianespace'v US subsidiary, Arianespace, Inc., will be filled by Mr. Wiener Kernisan—this appointment is effective as of September 26th. 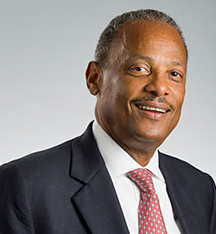 Wiener Kernisan, President, Arianespace, Inc., the US subsidiary of Arianespace.

In this new capacity, Mr. Kernisan will guide Arianespace’s customer, industry and governmental relations for this important international operation and he will also remain directly engaged in sales activities across the U.S. and Canada, which is an extremely significant market for launch services.

Established in 1982, Arianespace’s Washington, D.C. operation is a key part in the company’s network of offices across the globe. Nearly one-fourth of the launch services contracts Arianespace has signed since its creation in 1980 are with U.S. customers, and over half involve U.S.-built spacecraft.

Mr. Kernisan brings more than 35 years of experience in the commercial launch and satellite sectors to his new role. With a broad background in leadership positions at a U.S. spacecraft manufacturer and a European satellite operator, he came to Arianespace, Inc. as its Vice President, Sales and Marketing in 2000.

Before joining Arianespace, Mr. Kernisan worked for more than six years as Launch Systems and Spacecraft Systems Engineering Manager at SES in Luxembourg. Prior to SES, Mr. Kernisan worked as a spacecraft designer and Systems Engineering Manager at Lockheed Martin Commercial Space Systems, the former Astro Space division of General Electric (previously RCA Astro Electronics) in Princeton, New Jersey. He received a Master of Science in mechanical engineering from McGill University in Montreal, Canada and a Bachelor of Applied Sciences and an Engineering Diploma from Ecole Polytechnique, Universite de Montreal, in Canada.

Mowry, the former director of the Satellite Industry Association, will be joining the Jeff Bezos company after serving for 15 years at Arianespace.