Surrey Satellite Technology Ltd. (SSTL) has released an image and video of the Earth captured from LEO by a commercial grade Raspberry Pi camera and computer on board a Demonstration of Technology satellite called DoT-1 that was launched to orbit via a Soyuz rocket in July of 2019. 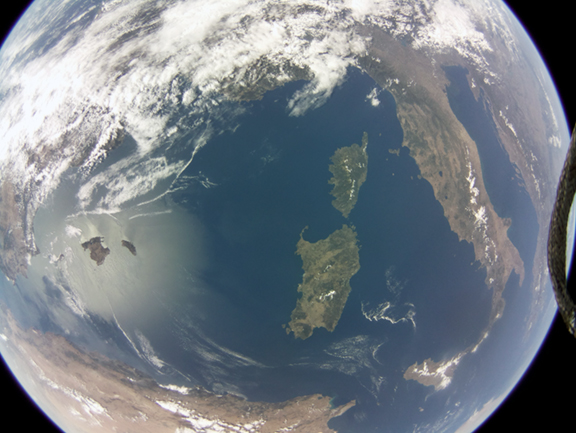 Image of the Mediterranean acquired by commercial grade Raspberry Pi camera on board SSTL's DoT-1 satellite on AugustImage is courtesy of SSTL.

The image is of the Mediterranean Sea, targeted over the islands of Corsica and Sardinia, and is believed to be the first acquired in LEO by a commercial, off-the-shelf, Raspberry Pi camera. Coincidentally, the image is remarkably similar in location to SSTL’s first image from space, acquired by the UoSAT-1 satellite in 1981.  The video (available at youtu.be/SzmKks0nqTU) captures an area of Europe that includes the coasts of France, Belgium, The Netherlands and Germany with Denmark visible to the right and the UK obscured by heavy cloud cover to the left.

While the primary objective of the 17.5 kg., self-funded, DoT-1 satellite is to demonstrate SSTL’s new Core Data Handling System (Core-DHS) — accommodation was made available for some additional experimental payloads including the Raspberry Pi camera experiment, which was designed and implemented in conjunction with the Surrey Space Centre. 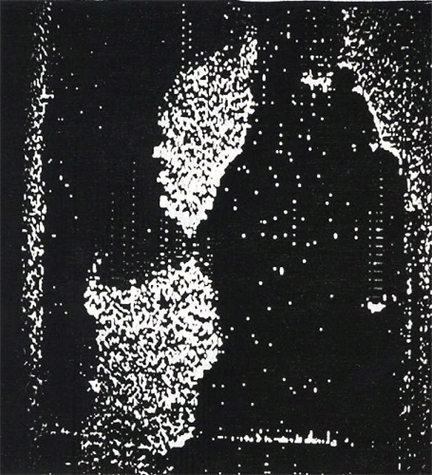 Image of Corsica and Sardinia acquired by SSTL's first satellite, UoSAT-1 in 1981. Image is courtesy of SSTL.

After image capture using the camera, the data was stored on the Raspberry Pi computer and then downlinked to SSTL’s ground station in Guildford via the Core-DHS.  The new Core-DHS is designed to provide the same level of functionality as SSTL’s heritage equivalent avionics stack, but with a significantly reduced mass and volume, and it consolidates the S-Band Transmitter and Receiver, Global Positioning System, Attitude & Orbit Control System, Interface Module and Bridge and On Board Computer into one module.

In designing the new Core-DHS, emphasis was placed on ensuring the module is fast to manufacture, test and integrate and, through the architecture and choice of devices, there is also a reduction in power consumption versus the individual equivalent units. The use of the Core-DHS throughout SSTL’s platform range will ensure continuity in software architecture and operations and it is intended that this key building block will be supporting missions beyond LEO orbit and into GEO and Lunar orbits. 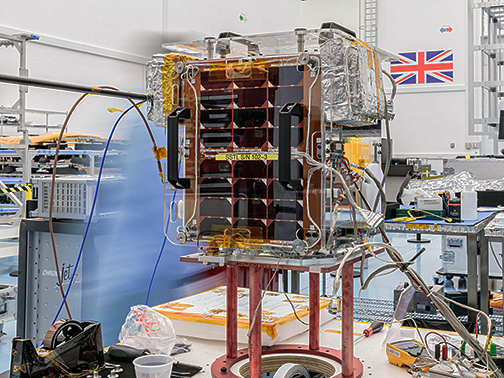 The DoT-1 satellite is an SSTL-Micro platform and is also flying further experimental payloads as part of SSTL’s ongoing R&D program.  Further details of these experiments will be released in due course.

Sarah Parker, Managing Director of SSTL said the company is delighted with the success of the new, Core-DHS-based avionics which will give the firm's customers the benefits of SSTL's heritage avionics stack, but in a lower form factor to deliver improved power consumption and lower launch costs.  The success of the Raspberry Pi camera experiment is an added bonus that can now be evaluated for future missions where it could be used for spacecraft “selfies” to check the operation of key equipment as well as for outreach activities.