The Space & Satellite Professionals International (SSPI) have announced they will present their 2018 Promise Awards to Jillian Gorsuch of SSL, a Maxar Technologies company, Theodore McDonald of SpaceX and Mike Safyan of Planet. 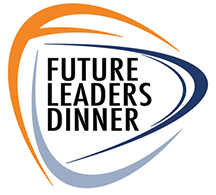 The Promise Awards honor three space and satellite employees or entrepreneurs age 35 and under for outstanding achievement in the early stages of their career. The three recipients will be honored on October 9 in Silicon Valley at SSPI’s 13th Annual Future Leaders Dinner. On that night, SSPI will also honor its 2018 Mentor of the Year, Randy Segal of Hogan Lovells, for the advice, support, and inspiration she has provided to young professionals throughout her career.

“The 36 previous Promise Award winners have gone on to assume leadership roles in technology, business development, government relations and management in companies, as well as starting companies of their own,” said Executive Director Robert Bell. “Each year’s winners are an inspiration to all of us to keep moving the industry forward.”

The 2018 Future Leaders Dinner (www.satfuture.com) takes place at The Computer History Museum in Mountain View on Tuesday, October 9, in conjunction with the Satellite Innovation 2018 conference, produced by Satnews Publishers. The proceeds of the dinner go to fund SSPI’s educational, professional development and industry growth initiatives.

Jillian started her career at SSL through a Cooperative Education program in 2008 while working on her undergraduate degree in Mechanical Engineering at Cornell University. Upon graduating from Cornell with her Master’s Degree in 2011, she joined SSL full-time as a Responsible Mechanical Engineer in the RF Payload engineering department, where she worked on product design and delivery of more than 30 assemblies. Three years later, Jillian participated in SSL’s 18-month Rotation Program, during which she worked in the Mechanical Aerospace Ground Equipment department and the Solar Array department. After demonstrating particular talent in the Solar Array department, she took on the role of Solar Array R&D Project Manager.
Jillian was selected for her current position as Additive Manufacturing Technology Manager in 2017 and developed a 3-year technology roadmap for SSL’s additive manufacturing (3D printing) capabilities and products. She now leads SSL’s Factory of the Future initiative for additive manufacturing, which includes planning investment areas and training other SSL employees in the use and benefits of additive manufacturing. Since taking her current position, Jillian has promoted the use of 3D printing in many design areas to reduce mass and improve assembly schedules, performance, and operational lifetime for future spacecraft. She is currently leading a company-wide initiative to educate SSL’s employees on additive manufacturing to further increase these benefits. SSL is one year into Jillian’s additive manufacturing technology roadmap, and the initiatives are well ahead of schedule.
Throughout her career, Jillian has brought her talents for teaching, learning and improving efficiency to a wide variety of teams. While working on a project impacted by electric orbit raising (EOR), she saw an opportunity to streamline sub-system EOR requirements and volunteered to author a completely new systems document in addition to her regular workload, which required her to spend months learning from experts in five different departments. Jillian also developed tools to automate and streamline the process of creating tooling documents in the Mechanical Aerospace Ground Equipment department. She created assembly models and documentation for transceiver assembly components as part of SSL and JPL’s GRACE-FO mission, which launched in May 2018. The components required customized tooling not standard to SSL, so Jillian worked directly with the technicians building the assemblies to ensure accuracy.
Outside SSL, Jillian has helped her community, including joining her church’s Community Response Team to provide meals for new parents and those recovering from surgery and co-leading a weekly women’s Bible group.

Theodore “Theo” McDonald began his career at SpaceX in 2008 after graduating from Worcester Polytechnic Institute with a degree in Mechanical Engineering. Theo is currently manager of the Raptor test program, which is based out of SpaceX’s rocket development facility in McGregor, Texas. Raptor is a new methane engine being developed by SpaceX for use on its next generation vehicle, BFR, which will be the most powerful rocket in history. With a pressurized section larger than the main deck of an A380, BFR is capable of carrying payloads and large numbers of people as far as the Moon, Mars and beyond. Since 2014, Theo has led a hardworking team that has built the Raptor engine testing program and associated test hardware from the ground up. Theo is known for his energy and positivity in motivating his team to continually push the boundaries of what is possible with Raptor development testing and qualification.
Before managing the Raptor test program, Theo worked on the development, qualification and flight acceptance testing of the first Draco engines that power SpaceX’s Dragon spacecraft as well as qualification testing of the first Dragon propulsion system test article. In 2010, Dragon became the first and only commercial spacecraft capable of reaching orbit and returning to Earth. Dragon spacecraft now make regular missions to and from the International Space Station carrying cargo for NASA. Following this, Theo went on to work as a senior engineer on the development and qualification team for the SuperDraco engine. SuperDraco engines power the integrated launch abort system of the crewed version of Dragon that will carry NASA astronauts to space in the near future as part of the Commercial Crew Program.
Outside of SpaceX, Theo is an active mentor for youth science and engineering initiatives, including Big Brothers Big Sisters and other community programs in the McGregor area.

Mike began his career in the space industry at NASA Ames, where he worked on the PhoneSat project, developing low-cost cubesat platforms that use smartphone technology. In 2011, he joined the eight person founding team at Planet Labs as a systems engineer. As the company grew from the initial eight employees to a global organization of over 450 people, Mike moved through a wide range of roles, from export regulatory licensing and compliance, overseeing Planet’s global ground station network to managing Planet’s launch strategy, the position he holds today.
In his early career at Planet, Mike was responsible for obtaining the company’s FCC Operational License, the first ever obtained for commercial CubeSats. Since then, he has been involved in the launch of over 300 satellites across twenty different launch attempts, helping Planet’s fleet grow to the largest in the world. Mike has served as an advocate for the SmallSat community as well as for Planet throughout his career, speaking at multiple conferences and workshops and negotiating with satellite operators including ORBCOMM, DigitalGlobe, Spire, and NASA to establish fair and equitable spectrum and orbital sharing agreements.
In 2017, Mike oversaw Planet’s record-breaking launch of 88 Dove satellites on India’s PSLV. The launch allowed Planet to achieve its Mission One: imaging the entire Earth every day from space.
Described by his colleagues as passionate, generous and remarkably level-headed, Mike dedicates time to the smallsat industry outside of his work at Planet as well. In 2016, he helped establish the Commercial Small Satellite Spectrum Management Association (CSSSMA), an industry organization that advocates for smallsat spectrum sharing. He also works with the Brooke Owens Fellowship selling Aerospace t-shirts (https://www.etsy.com/shop/StarfishPrimeApparel) to raise money, and volunteers with Meals on Wheels and Glide Church to help feed the needy in San Francisco.

Randy Segal co-heads the Global Space Practice at Hogan Lovells, a position she has held for nine years. Her career in the space and satellite industry started in 1992, and includes many leadership roles, including serving as general counsel or director, for American Mobile Satellite Corporation, XM Satellite Radio, Hughes Network Systems, TerreStar Networks (now EchoStar), and Mobile Satellite Ventures/SkyTerra (now Ligado Networks).
At Hogan Lovells, Randy represents a wide range of clients, including some of the most active global satellite innovators and new space companies, startups, large Silicon Valley players, and even sovereign governments.
Throughout her career, Randy has served as a mentor, guide, and advisor for aspiring space professionals, particularly the growing number of young women entering the field. Her efforts include working with Satnews Publishers to profile more women at the company's SmallSat and Satellite Innovation Symposiums, as well as working actively with the Women in Space Initiative to advocate for mentorship and support for women in the satellite industry. For these achievements, the Women in Space recognized Randy as the first honoree for their Women in Space Excellence Award in March of 2017.
Randy has also served as a visiting faculty lecturer at the International Space University since 2012. Prior to that appointment, she served as an adjunct professor at George Mason Law School for over ten years, further demonstrating her commitment to educating and mentoring the next generation of industry professionals.
Randy is known to offer her experience and knowledge to everyone around the table, no matter what case or project she is working on. She has a deserved reputation as a trusted advisor for numerous industry people on a variety of issues, always making herself available to new industry entrants for quick chats, second opinions, and general advice.
According to Lisa Kuo, Head of Commercial Programs at The Aerospace Corporation, “Randy has been an advocate of helping newcomers navigate the complicated and sometimes confusing web of who's who. She has developed an insightful intuition about people, what makes them successful at companies at various stages, and actively seeks out people who would benefit from her mentoring to bring their companies to the next stage.”
Outside the space and satellite industry, Randy dedicates yet more of her time to helping and guiding others. She has served on the board of directors for multiple not-for-profits over the last twenty years, including Capital Caring, Network for Teaching Entrepreneurship, and 1000 Urban Scholars. She has also taught a “Street Law” program to 9th graders at the Thurgood Marshall Academy for the past eight years, aiming to enhance the professionalism and aspirations of her students.
For her years of dedication to the industry, and her commitment to mentoring the next generation of space and satellite professionals, Randy Segal is a worthy winner of this award.

Founded in 1983, Space & Satellite Professionals International (www.sspi.org) is on a mission to make the space and satellite industry one of the world’s best at attracting and engaging the talent that powers innovation. With more than 3,700 members in 40 nations, SSPI is the largest space and satellite industry association in the world. The organization delivers on their mission through programs that promote space and satellite as the invisible but indispensable infrastructure of the modern world, and that helps to turn individual promises into careers filled with purpose through research, career education for young people, management education for working professionals and talent recognition that spans the industry.