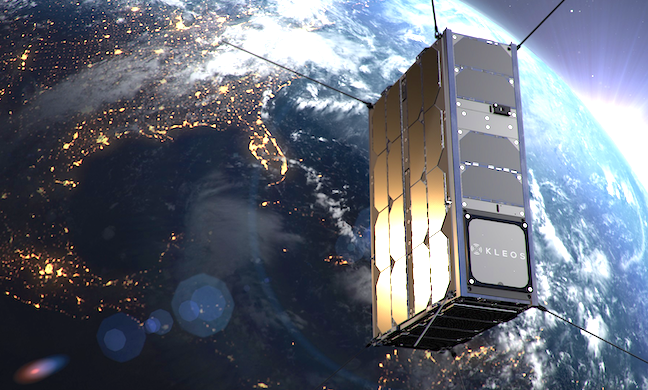 With the contract comes an invitation to the newly appointed VP of Business Development for the program, Danny McGrane, who will represent Kleos Space in the 12-weeks, semi-residential program located in Colorado Springs. The CSA is sponsored by Air Force Research Lab’s Space Vehicles Directorate.

The CSA is designed to increase the Air Force’s awareness and rapid acquisition of commercial dual-use space technology by providing relevant business development training to CSA companies and connecting them with users, decision makers, and potential new customers in the U.S. Department of Defense and commercial realms.

The program is unique in connecting participants with customers and providing ‘sherpas’ to steer military and commercial engagement. The program has delivered roughly EUR9million (US$10million) in follow-on funding and over a 100 military contracts to its past participants over 3 cohorts so far. CSA offers dynamic programming in close proximity to 11 military bases and space-related military units1. The requirements of the CSA will support Kleos Space through the Kleos Scouting Mission.

Kleos’ CEO Andy Bowyer say that they are entering an exciting era in space where technologies, long considered to be things of science fiction, are becoming reality.

Since the first space-based reconnaissance imagery was captured on photographic film by the Discoverer 13 nearly sixty years ago, U.S. space-based intelligence, surveillance, and reconnaissance (ISR) technologies have greatly evolved and transformed the nature of warfare, providing an unprecedented level of “foreknowledge” to U.S. Service Personnel and to U.S. national security. They provide the unique capability of persistent, long-term, remote sensing and encompass many applications. To deliver these capabilities requires the development and integration of advanced sensors, complex algorithms, data processing, and novel ideas that result in disruptive technology.”

Danny McGrane has been appointed by Kleos Space to deliver the CSA program and the resulting opportunities. Danny is a highly experienced former Royal Navy officer, NATO Deputy Chief in the U.S. and Program Manager for Joint Forces Command in the UK.

The multi-satellite Scouting Mission system will form the foundation of a constellation that delivers a global picture of hidden maritime activity, enhancing the intelligence capability of government and commercial entities when AIS (Automatic Identification System) is defeated, imagery is unclear, or targets are out of patrol range. The first scouting mission is made up of 4x nano-satellites built by GomSpace in Denmark, each the size of a shoebox.