Being prepared in the event of a mishap aboard Boeing's CST-100 Starliner was the goal in an abort test that was conducted at the U.S. Army’s White Sands Missile Range located in New Mexico. In the event of a launch anomaly during the early stages of ascent, four Aerojet Rocketdyne launch abort engines and 14 orbital maneuvering and attitude control engines on the service module can go from dormant to delivering a combined 181,000 pounds of thrust in just one-quarter of a second. Starliner’s launch abort system allows for a safe abort at any time during the mission, which has never before been possible with crew vehicles. 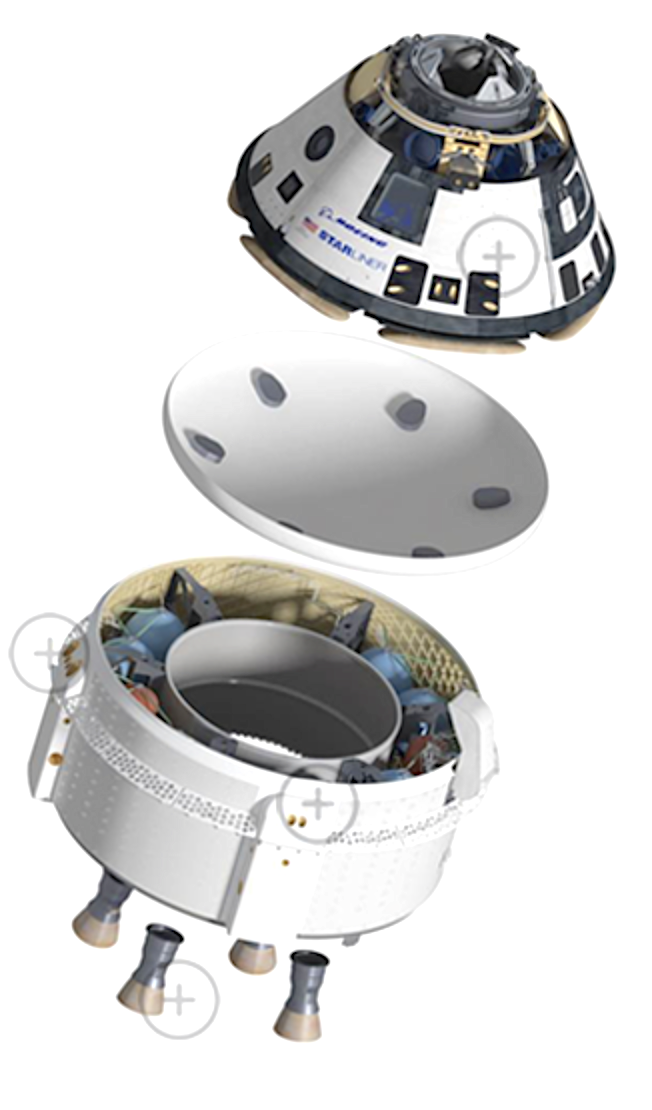 Aerojet Rocketdyne is the main propulsion provider for the Starliner service module, which will carry out launch abort maneuvers in the unlikely event of an emergency on the pad or during ascent. In total, Aerojet Rocketdyne provides 28 reaction control system engines, 20 orbital maneuvering and attitude control engines, and four launch abort engines on the Starliner service module. These engines support both low-altitude and high-altitude abort capability, on-orbit maneuvering, space station reboost, and stage separation during the mission.

Eileen Drake, Aerojet Rocketdyne CEO and president said that providing safe, reliable and cost-effective transportation to and from the International Space Station and low-Earth orbit is paramount for sustainable space architectures Aerojet Rocketdyne is providing Boeing’s Starliner spacecraft with proven launch abort propulsion for every stage of flight to ensure crew safety. The successful pad abort test for Starliner paves the way for safely launching our astronauts from American soil once again.

During the test, the Starliner service module demonstrated its ability to separate itself from a simulated launch vehicle and propel itself and the crew module approximately one mile high and one mile downrange, and then separate from the crew module in a controlled manner.

Boeing’s CST-100 Starliner spacecraft is a next-generation space capsule designed to carry humans and scientific research to and from low-Earth orbit, including the International Space Station. Aerojet Rocketdyne provides propulsion and pressure vessel tanks on every phase of the Starliner mission from launch to reentry.