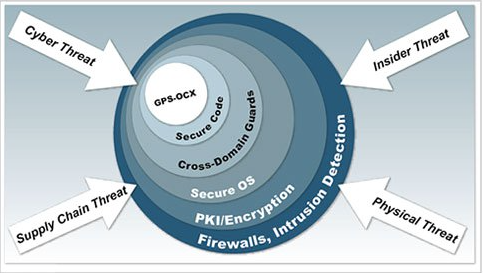 WASHINGTON: There was little doubt that the hack- and jam-proof GPS ground stations known as OCX would be resurrected after incurring a Nunn-McCurdy breach.

Even though it was the most screwed up program in the Air Force, was behind schedule and had gone grossly over budget, OCX is a crucial program at an important time. America needs to be able to rely on GPS during time of war and OCX would help make that possible.

Kendall had to certify that. OCX is “essential to national security, that no alternatives exist which would provide acceptable capability to meet requirements at less cost, that remaining costs for the restructured OCX program are reasonable and higher priority than programs whose funding must be reduced to accommodate the growth, and that the management structure for the program is adequate.” He did, according to a statement by the Office of Secretary of Defense.

At the Farnborough Air Show the first positive rumblings about Raytheon fixing the program were heard. As I reported at the time, an Air Force statement said that Acquisition Undersecretary Frank Kendall and Air Force Secretary Deborah Lee James, “with support of Lt. Gen. Samuel Greaves, Space and Missile Systems Center commander and Air Force program executive officer for Space, concluded Raytheon has made progress implementing these critical changes.”

Today’s statement includes this positive language about a third quarterly review led by Air Force Secretary Deborah Lee James and Kendall on September 28. The statement says that “Raytheon has continued to make sufficient progress against the Key Milestones established during the March 8, 2016, review to warrant continuation.”

Now we have to watch what the House and Senate military committees do. The SASC stripped all $394 million of OCX funding from its version of the National Defense Authorization Act in early June because of the program’s problems. Senate appropriators cut roughly half of the program budget, so there’s a good chance the program faces a substantial budget cut just as its costs are rising. As numerous studies have shown, cutting money to a program at a time like this — unless you plan to kill the program or the money simply cannot be spent — often results in even higher costs.